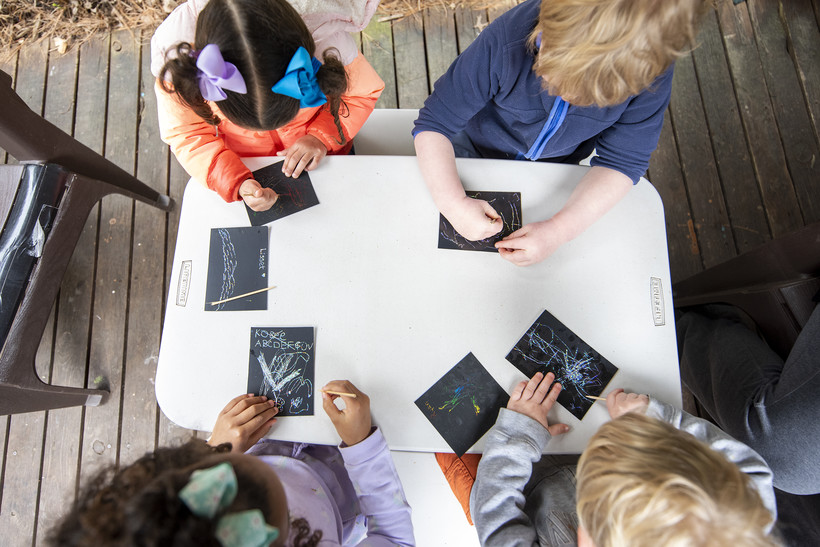 Some Child Care Providers Call It Quits, Despite Billions In Federal Aid Designed To Keep Them Operating
By Shamane Mills
Share:

Silke O’Donnell wasn't planning on retiring so soon from the career she loved as a day care provider. But after 27 years, and 15 months into the COVID-19 pandemic, she shut down Sunshine Family Daycare in Madison just before the Memorial Day weekend.

"Last year was just so mentally stressful," O’Donnell said. "I just made the decision that I’m going to quit a couple years early."

O’Donnell isn't alone. Thousands of day cares across the country have closed because of rising costs and falling enrollment during the pandemic, including many in Wisconsin. 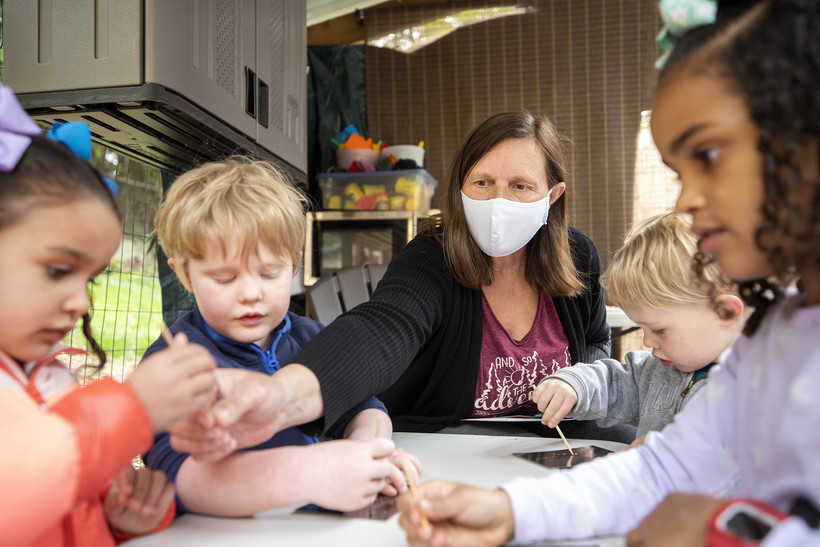 Silke O'Donnell, center, helps children at her daycare do a craft Monday, May 10, 2021, in Madison, Wis. Angela Major/WPR

The child care industry was struggling prior to COVID-19 and the stay-at-home orders that caused many people to shift to at-home work, said Wisconsin Department of Children and Families Secretary Emilie Amundson.

"Even before the pandemic, the child care industry was on the brink of collapse: child care deserts across the state and waiting lists a mile long," Amundson said. "(It was) just not an environment that was conducive to parents finding care."

Last August, Amundson wrote an editorial explaining the state was nearing a "crisis point" where a third of providers were on the verge of no longer operating.

For O’Donnell, it was the emotional toll of the pandemic combined with high costs and low profits that made it too much to continue operating her business in the way she wanted.

Since opening her day care center in 1993, O’Donnell sought to create an "environment that nurtured creative thinking in the leaders of tomorrow" for kids who come from every walk of life.

"For past 27 years I have committed half my slots to low-income families and my private pay families understand the importance of having their children with low-income children because this is our real world," she said. "We have such a diversity of cultures and economics." 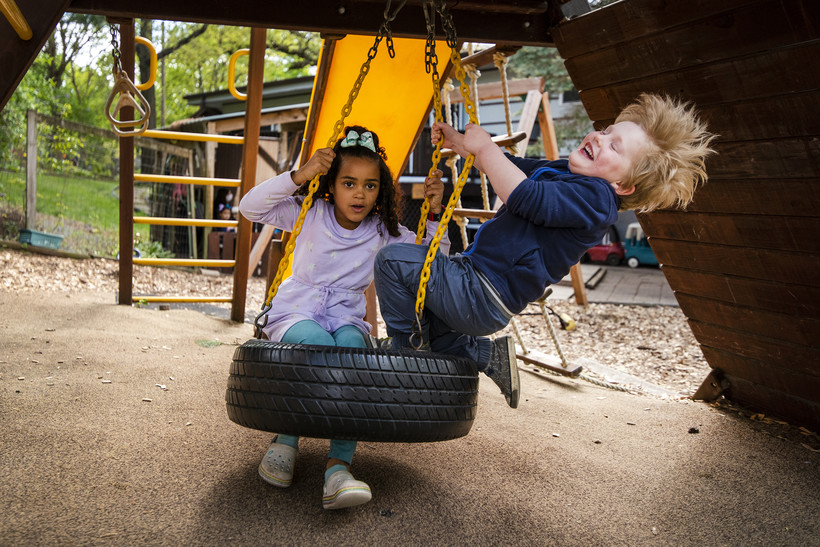 While care for low-income families is subsidized, O’Donnell said many families were unable to even afford co-pays during the pandemic, so she waived them. But that hurt her bottom line.

"All the other bills were still there," O'Donnell said.

She did receive federal government aid directed at child care providers, but she said the extra money didn’t cover the full cost of care, and ultimately it still wasn't possible to make ends meet.

While it wasn't the case for O’Donnell, Amundson said many Wisconsin day cares were able to avoid closure after the state funneled $191 million in federal pandemic relief to child care providers. Wisconsin spent a higher proportion of federal stimulus funds per capita than most other states to help child care providers, and the statewide child care closure rate has stabilized at 5 percent.

One proposal in Gov. Tony Evers’ 2021-2023 budget is $53 million per year in state funds to provide long-term funding for child care under a program focused on assisting providers where care is scarce and those serving a significant percentage of infants and toddlers. But the future of any of the governor's budget proposals is uncertain as Republican lawmakers work on their own spending plan.

The nation’s childcare system is expensive for parents, and providers on thin margins struggle to pay workers. President Biden’s American Families Plan  would extend a $3,000 child tax credit for working parents and includes a $15 an hour wage for childcare workers. Democratic U.S. Mark Pocan has been touting the plan in Wisconsin.

"Some people aren’t coming back into the workforce because of child care issues. And don’t forget some child care providers, including someone I know — a friend of ours personally — isn’t in the business right now because it wasn’t easy to do it during COVID," Pocan said.

O’Donnell knows this all too well. 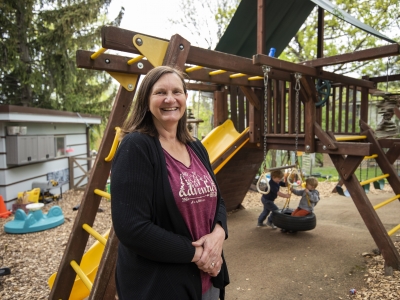 Silke O'Donnell stands near the playground at Sunshine Family Daycare on Monday, May 10, 2021, in Madison, Wis. Angela Major/WPR

There were added expenses during the pandemic to keep staff and kids safe. And her husband, who has a lung condition, and their teenage daughter temporarily moved to the family’s cabin so O’Donnell didn’t see them regularly.  The last year and half was hard on her.

"I don’t remember once any of my families ever saying, 'How are you holding up’ because they had so much to deal with themselves and their worries about finances and childcare and getting sick. So that was a little sad for me. We are the caregivers but who cares for us?"