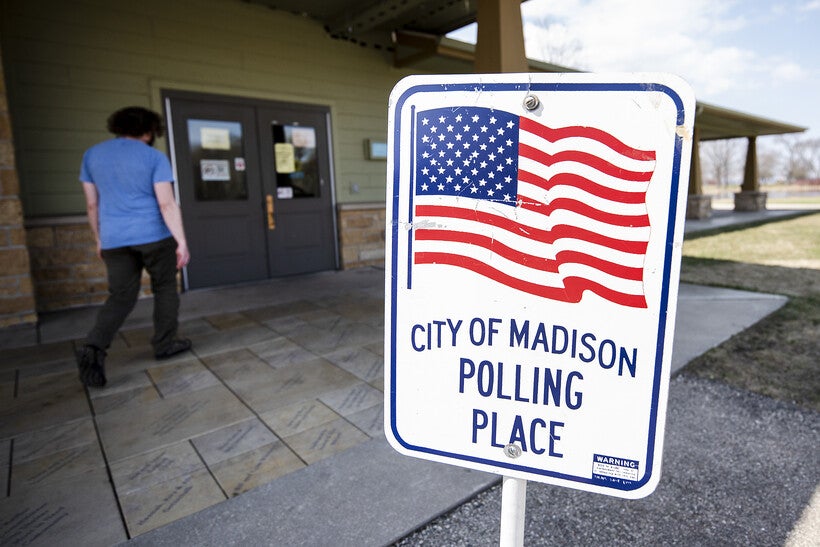 A voter walks up to a polling location Tuesday, April 6, 2021, at Tenney Park in Madison, Wis. Angela Major/WPR

Wisconsinites are carrying the weight of the nation's problems on their shoulders heading into the midterm election, survey finds

Wisconsinites have the weight of the nation’s problems on their minds heading into the 2022 midterm elections, a nod to a state whose voters might be pivotal to the balance of power in the U.S. Senate this fall.

That was a key finding of the La Follette Policy Poll, a written survey sent to 5,000 state residents last fall, which asked about the issues that matter to them most and the problems they most want solved. Nearly 1,600 responded.

"The main goal was taking a pulse on what are the policy topics Wisconsinites care about most with the hopes of steering our elected officials and candidates toward those topics," said Susan Webb Yackee, a professor of public affairs and director of the La Follette School of Public Affairs at UW-Madison.

The poll asked how concerned people were with the economy, government regulation, infrastructure, income distribution, taxes, the federal budget deficit, climate change, race relations, education and health care in the country and in Wisconsin.

Results showed that people across all groups found these issues to be a greater problem on the national level than in the state.

Yackee said this concern with national policy may give candidates who try to nationalize issues a greater edge over candidates solely focusing on more local issues.

The results suggest that congressional candidates who make campaign promises on how they will address national issues may gain greater support than candidates who focus on addressing issues solely of interest in the state.

Many of Wisconsin's congressional candidates are doing this, by focusing on issues of national importance over more regional issues.

For example, one of the main issues U.S. Rep. Glenn Grothman, R-Glenbeulah, who is seeking reelection in the 6th Congressional District, is running on is immigration and "securing the nation's borders."

"We particularly made this poll about public policy and not about politics so that it might tell us a little bit about what issues might motivate voters," Yackee said. 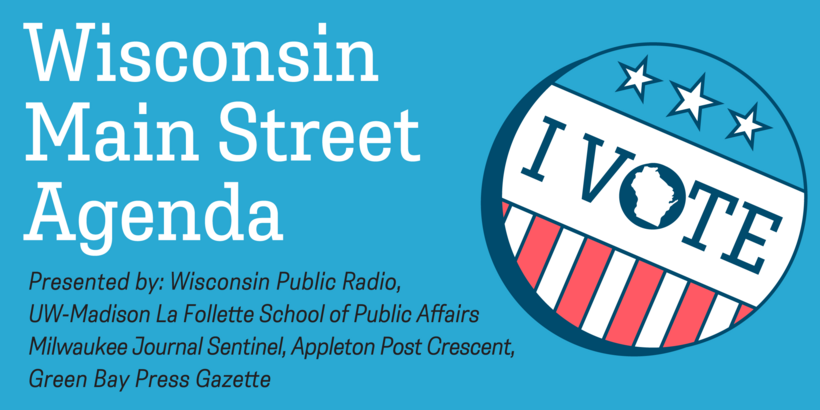 One of the biggest national issues Wisconsin residents found “extremely concerning” was climate change. Fitting with the national lens, 39% of respondents thought climate change was an extremely big problem nationally, but only 27% felt the same about climate change in the state.

The poll also showed widespread support for solutions to climate change that include taxing industries to remove pollution, increasing renewable energy, canceling fossil fuel projects and helping to pay for new technologies that directly remove carbon dioxide from the atmosphere.

Respondents were most supportive of taxing industries to remove industrial pollution and increasing renewable electricity, with 45% of respondents strongly supporting both solutions.

"Traditionally, this issue has been viewed through the partisan lens, but the poll suggests there’s a fair number of Republicans that think climate change is a really big problem," Yackee said.

La Follette School professor Gregory Nemet, whose research focus is on technological change in energy and its interactions with public policy, said the poll suggests voters will be more responsive to candidates in favor of these climate change solutions.

Over the next four months, the Ideas Lab at the USA TODAY NETWORK-Wisconsin along with the LaFollette School of Public Affairs at the University of Wisconsin-Madison and Wisconsin Public Radio are asking residents to take a new survey to learn more about what the state's residents think headed into the midterm elections.

The Wisconsin Main Street Agenda survey project will report on what we're learning from residents and aims to invite a group of them to have deeper discussions about the issues, including at in-person events this fall. While our survey is not scientific, it will give us another reading on the state's mindset during an important election.

While there was some bipartisan consensus on concerns of inflation, the Marquette Law School Poll found more Republicans view inflation as a serious issue, while Democrats see it as somewhat serious.

Franklin said while a lot of issues tend to remain consistent among Republicans and Democrats, inflation concerns are now rising among both partisan groups as people see consumer goods prices increasing.

Similarly, Yackee said the issue of the federal budget deficit has traditionally been more of a concern among Republicans, but the La Follette Poll found 53% of Democrats also rank it as a concerning issue now.

"These issues are traditionally viewed through the partisan lens, but we found there are a fair number of people on both sides that view this as a really big problem," Yackee said