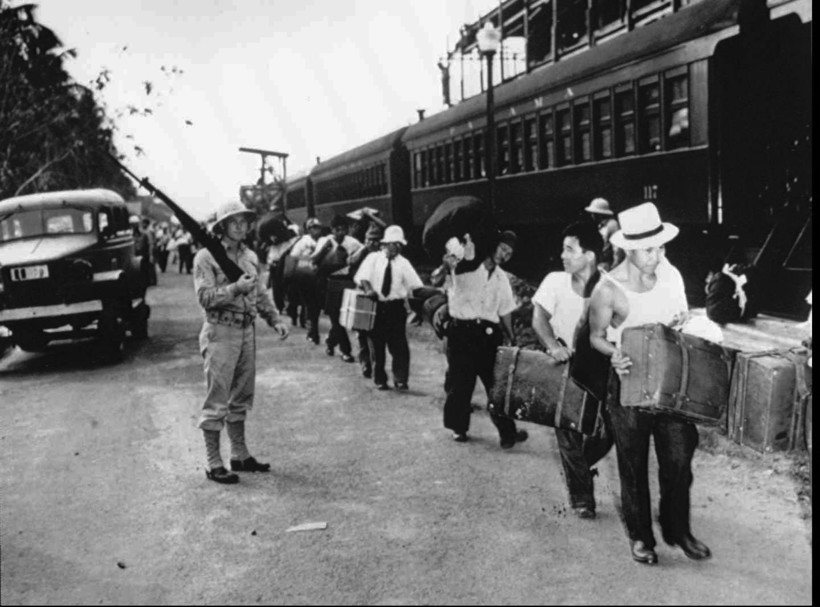 By that summer, about 120,000 people of Japanese descent were forcibly relocated from their homes on the West Coast into government-run internment camps. Though many of those settled into camps were Japanese-American during World War II, fears over espionage and collusion with the Japanese government were rampant.

Wisconsin native and musician Norman Yamada's family was among those required to leave their homes. Like all Japanese-American families affected by Roosevelt's executive order, they had a short window of time to either store or sell their possessions before being relocated to one of the 10 camps scattered throughout the country.

"By May of 1942, (my mother's family) had to take only what they could carry, get on the train in San Diego, and head up to Santa Anita," Yamada said.

Families taken by train to Santa Anita were taken to a race track that served as a dispersal center to the camps, the musician said. His mother's family was eventually resettled at the internment camp, Poston Relocation Center, in Poston, Arizona.

"When they did get to camp, there were rows and rows of barracks," he said. Each building was split into six rooms and whole families would be assigned to a single room, he said.

"You would have, in lots of cases, the grandparents, the parents and the kids all living in one room," Yamada said. "There was a potbelly stove in the corner. And there were partitions, but they were open along the top. So, there wasn't a whole lot of privacy."

People from all professional backgrounds were relocated to the camps. Yamada said having a mix of doctors, lawyers, plumbers and more created a small microcosm of society within the confines of the camp.

"Eventually they were able to make the facilities a little more hospitable to themselves," he said. "They were able to start growing their own food and things like that. But you were still out in a pretty desolate area where you couldn't leave."

While members of Yamada's family would occasionally reference their time in the camps, he didn't get the full details of his mother's experience until she was well into her 70s. His family had tried throughout the years to put the experience behind them.

Since speaking with his mother, the former band director has visited the respective sites his mother and father were placed — his father's family was sent to an internment camp in Wyoming. Yamada has also made it a mission to learn as much as he can in order to educate others about the camps by giving public presentations about his family's experience.

By late 1944, Executive Order 9066 was suspended and families were able to return to their homes.

Neither of Yamada's parents returned to California. Both eventually reconnected in Chicago and later settled in Platteville, Wisconsin, where his father worked in a chicken hatchery. Yamada would grow up to graduate from Plateville High School in 1967 and become the band director at Barron High School from 1972 to 2005.

In the decades after the signing of Executive Order 9066, it was determined that the Roosevelt administration was not justified in its decision to relocate Japanese-American families during World War II.

In 1989, President George H.W. Bush signed a bill that aimed to repair the damage done to families that were forced to live in the camps. Throughout the 1990s, families received a letter of apology from the United States government and received reparations.