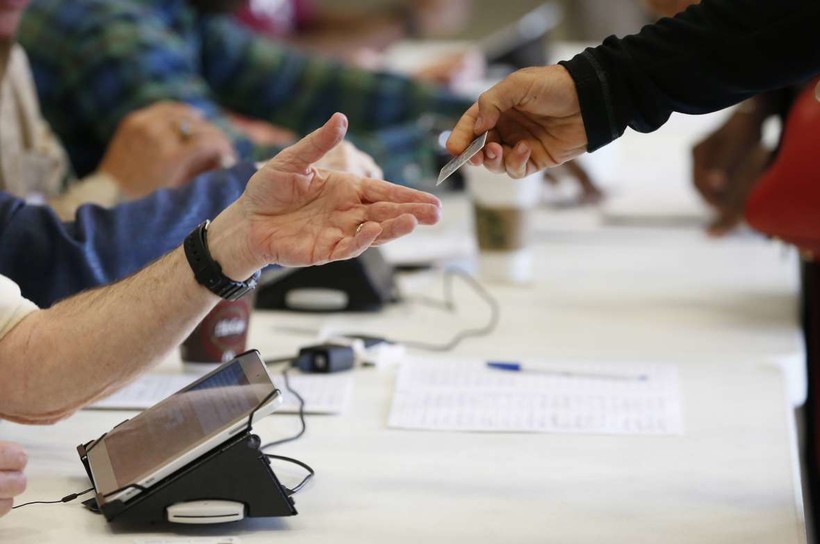 Wisconsin Voters Can Still Get A Photo ID For Tuesday's Election

State Officials Say Most Voters Have Accepted IDs, Those Without Can Contact DMV For Alternative Process
By Hope Kirwan
Share:

Wisconsin officials are reminding voters that they can still get a valid photo ID for Tuesday's election.

Residents are required to show a photo ID in order to cast their ballot. Accepted forms include Wisconsin driver's licenses, United States passports, military IDs, IDs from a federally recognized Indian tribe in Wisconsin and some university or college student IDs. The Wisconsin Division of Motor Vehicles also provides free state ID cards that residents can use for voting.

"Most people have the ID that they need in order to vote," said Reid Magney, spokesman for the Wisconsin Elections Commission. "There are always going to be some issues but we think it's a relatively small number of people and we’ve been doing the best we can to reach out to them."

Magney said the state has been working with universities, colleges and tribes in the state to make sure their photo IDs can be used for voting.

He said a common misconception is that the address on voters' ID has to match the address they used to register to vote.

"When you go to get your ballot and you show your ID, you’re proving that you are who you say you are, that you're not impersonating someone else," Magney said.

Some IDs can also be accepted even if they’re expired. Details on what photo IDs are accepted at the polls can be found on the Elections Commission’s website.

Voters who are missing documents required to apply for a photo ID are still able to vote Tuesday using the DMV's free ID petition process.

"We will work with them to make sure that they are not incurring any fees and we will track down the documentation needed to get a card," said Kristina Boardman, DMV administrator. "That can take time. We don't want that to stand in the way of anyone voting, so we do issue a receipt that's good for voting in the interim while we work through the rest of the documentation requirements."

Boardman said her agency is overnighting receipts this week so voters can use the document at the polls or submit it to elections officials by Friday to validate a provisional ballot.

She said DMV offices have seen a slight uptick in traffic ahead of the election, but the surge is smaller than during the 2016 presidential election.

"We extended our phone hours the day of the election. We want to make sure that everyone is able to get their questions answered," Boardman said. "We’re kind of all hands on deck to make sure that we’re there to help people as efficiently as possible."