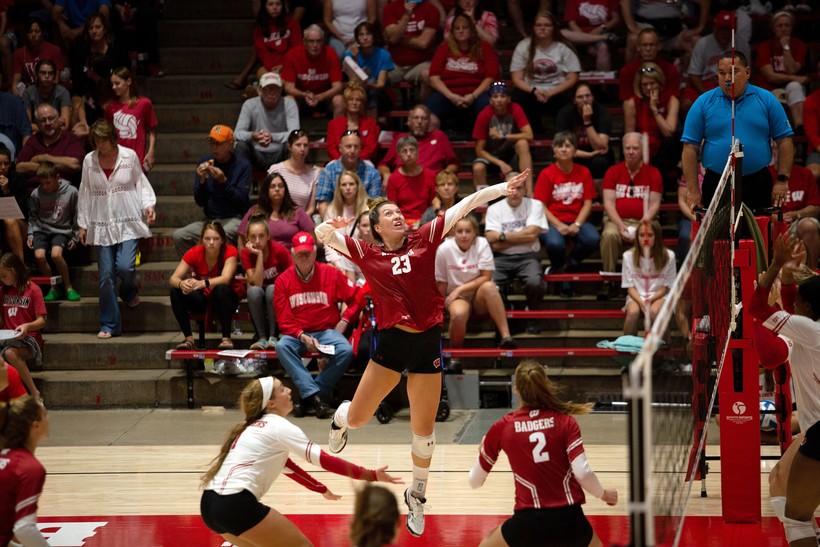 Wisconsin's Molly Haggerty was named the 2019 NCAA Madison Regional MVP on Saturday, Dec. 14, 2019. She had 14 kills against the Nebraska Cornhuskers earlier that night. Courtesy of the University of Wisconsin Athletic Department

The No. 4 Wisconsin Badgers will face the No. 1 Baylor Bears in the semifinals of the women’s NCAA volleyball tournament in Pittsburgh.

The Badgers and the Bears face off at 6 p.m. Thursday in a game that will be nationally televised on ESPN. The winner of that game will play the winner of the following semifinal between No. 3 Stanford and No. 7 Minnesota in the final on Saturday. Stanford is the defending champion.

This is the third time the Badgers have reached the final four. In 2013, they lost in the final to Penn State. Just 10 schools have won a national championship in women’s volleyball, and there hasn’t been a first-time champion since Washington in 2005. Wisconsin is aiming to join that elite club. 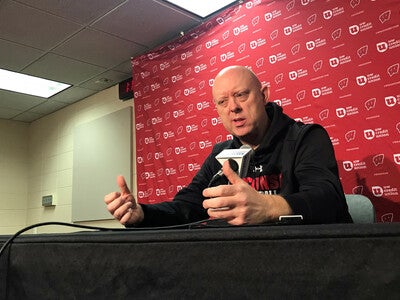 "We're knocking on the door," said Badgers head coach Kelly Sheffield. "It's time to burst it down."

Sheffield said he’s proud of how his team has matured this season. The Badgers lost 3-1 to Baylor in early September, but during a news conference Monday, Sheffield said the Bears shouldn’t expect to see the same team.

"I go back and I'm watching some of that match and it's unbelievable how much we've grown," he said.

The Badgers are led by setter Sydney Hilley and blocker Dana Rettke. Rettke, a 6-foot-8 junior, was named a first-team All-American in 2017 and 2018. Baylor has a star of its own in Yossiana Pressley, who had a season-high 33 points against Wisconsin earlier this year.

In front of a sellout crowd Saturday at the Wisconsin Field House, the Badgers swept the No. 5 Nebraska Cornhuskers for the third time this season to win their region and seal their spot in the final four. Wisconsin’s Molly Haggerty had 14 kills against Nebraska and was named the 2019 NCAA Madison Regional MVP after Saturday’s match. Hilley and Rettke were also named to the Madison Regional All-Tournament squad.

"I think every little girl, when they start playing volleyball, they always dream of moments like these and I know our whole team has," Haggerty said. "So to experience it is just amazing."

Many players followed up Saturday’s win with final exams on Sunday, Sheffield said. It will be important for players to stay relaxed despite the stress that can come from finals or big matches, he added.

"Personally, I think our team plays better when there's a looseness about them, when they're living in the moment, they're not worried about anything else and they're just having some fun," he said.

Sheffield said he’s heard from fans and alumni who are heading to Pittsburgh for the tournament this week. He also thanked the fans for turning out in Madison. The Badgers enjoyed unprecedented support this season. Nearly 120,000 people attended Wisconsin’s 17 home sellouts this year.