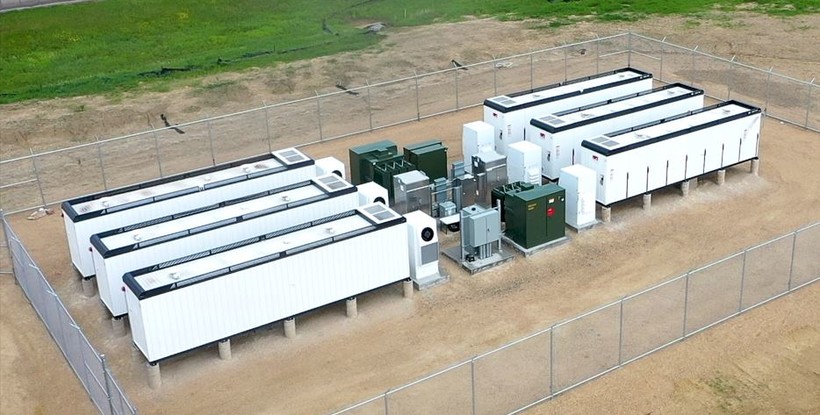 The Inflation Reduction Act is set to boost energy storage, but constraints are slowing their growth
By Danielle Kaeding
Share:

Wisconsin utilities have proposed a handful of large-scale battery projects, and the Inflation Reduction Act provides new incentives for energy storage. Even so, supply chain constraints and challenges with connecting those projects to the grid may delay their expansion statewide.

Madison-based Alliant Energy recently announced it will spend $354 million to add 175 megawatts of battery storage. The two projects are linked to solar systems being built in Wood and Grant counties. Those projects are part of Alliant’s plans to build 1.1 gigawatts of solar systems approved by the Wisconsin Public Service Commission last year.

The two battery projects combined could store enough energy to power more than 180,000 homes for four hours. And, the recently passed Inflation Reduction Act will make it easier to build stand-alone projects, according to Rick Zimmerman, Alliant’s manager of resource development.

The law extended the investment tax credit for solar systems for up to 30 percent of the cost of equipment installations for the next decade. But, it also extended that incentive for stand-alone energy storage projects for the first time, which previously only applied to storage paired with solar systems.

"It just gives us a greater flexibility of where to site our battery and how we can use it," said Zimmerman.

Alliant’s plans are part of the utility’s Clean Energy Blueprint that’s expected to save customers between $2 billion and $6.5 billion over the next 35 years. The utility plans to reach net-zero emissions by 2050 as part of the clean energy transition and efforts to combat climate change.

Just five years ago, some utility executives remained wary of the effectiveness of battery storage and their costs, but that’s changing. A September report by Wood Mackenzie and the American Clean Power Association found grid-scale installations of battery storage represented a quarterly record of 1,170 megawatts.

"We see a lot more in the approval process right now than we've seen in years past," said Zimmerman. "We're looking at other battery opportunities too."

However, supply chain issues and transportation delays, along with challenges tying into the power grid, slowed or canceled more than 1.1 gigawatts of projects nationwide in the second quarter of this year.

Milwaukee-based WEC Energy Group, which owns We Energies and Wisconsin Public Service, has announced three battery storage projects with Madison Gas and Electric. Those projects are paired with solar systems at the utilities' Koshkonong, Paris, and Darien sites. They would add 350 megawatts of storage, but all of them have been delayed due to supply chain issues.

Despite that, the utilities are committed to building the projects. Conway added that WEC Energy Group also plans to announce another 500 megawatts of storage between now and 2026.

"Batteries have been around for a long time…but the cost now finally makes sense," said Conway.

The price for battery packs has been dropping over time. Utilities are also taking another look at their plans and cost estimates based on the new incentives within the Inflation Reduction Act, according to Michael Vickerman, policy director for RENEW Wisconsin.

"Batteries definitely moved forward in the eyes of utilities," said Vickerman. "(It) became a more attractive option for their generation investments for the next 10 years."

While the incentives help, Alliant’s Zimmerman said policy changes from the regional grid operator are also a driving factor.

The Midwest Independent System Operator that oversees the regional grid is proposing to revise its resource adequacy requirements, which ensure there’s enough power to meet demand for electricity. The regional grid operator previously measured the capacity of generation resources like coal, natural gas, and renewables based on their ability to meet peak demand in the summer.

Now, MISO is proposing to set requirements for those resources during each season to ensure there’s enough capacity to deal with emergency events that happen year-round. The change is driven in part by coal plant retirements, less solar power during winter months, and outages from extreme weather.

"Battery technology becomes particularly important to that solar plant because often the peak period (of power demand) on a winter's day is not when the sun is shining," said Vickerman.

Alliant’s Zimmerman said the change means the utility’s solar additions, which are slated to be in place by the end of next year, only provide enough power for spring, summer, and fall.

"The way to overcome that, for us, right now is to install the battery," said Zimmerman.

Alliant said it has mitigated any supply chain constraints with its proposed battery projects. The utility plans to begin construction next year and put them in service by fall of 2025, pending approval from utility regulators.