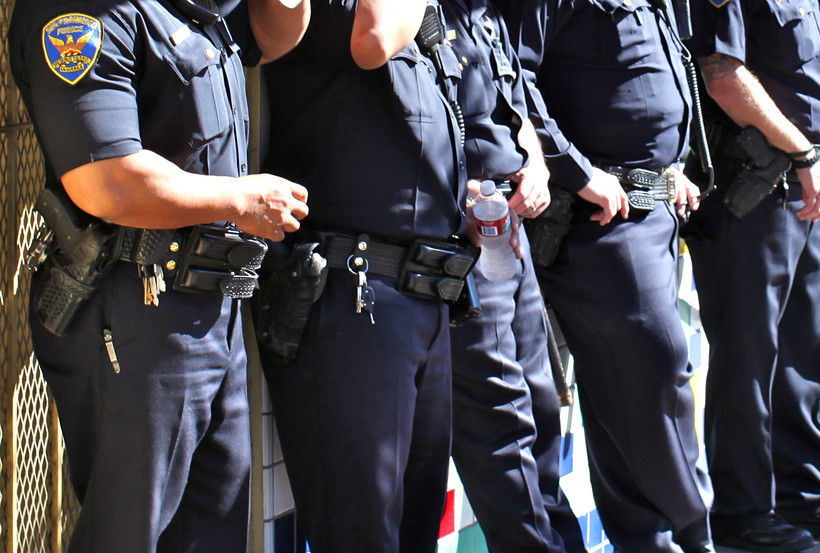 State DOJ Database Contains Names Of Officers Who Are Fired Or Resign Amid Allegations
By Brady Carlson
Share:

Wisconsin is trying something new to keep former police officers with histories of misconduct or alleged wrongdoing from returning to the job.

The state Department of Justice is requiring law enforcement agencies to report when police officers resign during internal investigations, quit ahead of being terminated or are fired for cause.

"What the Justice Department will then do is flag those officers in a database and then, if those officers try to get a job somewhere else, the hiring agency will be notified of that," said reporter Jonathan Anderson, who wrote about the state’s new tracking system for USA Today Network-Wisconsin. "It's really all part of an effort to identify officers who switch jobs, or try to hop around different agencies after they've committed or been accused of some kind of wrongdoing."

Wisconsin authorities have said wrongdoing and misconduct among the state's police officers is rare, but not unheard of. Anderson's investigation noted several recent cases, such as a police officer from northern Wisconsin who abruptly left a job over allegations he raped a female coworker but then took a job with a police department elsewhere in the state.

"We really don't know the full extent of this," Anderson said. "What we do know is, since this tracking system has come online, the Justice Department has reported that there have been at least 59 officers who have been flagged in the state database. That's since January."

While the state hopes to avoid cases where officers hop from department to department to avoid misconduct allegations, being flagged in the state database doesn't, by itself, stop an individual from taking a job in law enforcement. It's not meant to replace the decertification system, which revokes an individual's eligibility to serve as a police officer.

Anderson said some experts believe Wisconsin's database, while a good first step, should go further and block those on the list from taking new jobs in law enforcement.

But this leads to a question: why would a police department want to hire someone who's part of a state list of officers accused or fired for misconduct or wrongdoing?

"The expert that we talked to, who has studied this issue extensively, has said that sometimes police departments — particularly small, financially strapped departments — sometimes have an incentive to hire officers with questionable pasts," Anderson said. "Those officers can start relatively quickly. If an agency has to hire a new recruit, they have to invest a lot of time and money and training in that person."

Anderson said despite concerns like these, Wisconsin's law enforcement community supports the database as a way to stay transparent and build trust with the public.

"I've talked to the head of the largest police union in Wisconsin, the Wisconsin Professional Police Association," Anderson said. "And he said that no one wants a bad cop out of the profession more than a good one. Police misconduct can really have a negative impact on public perception of officers and policing."