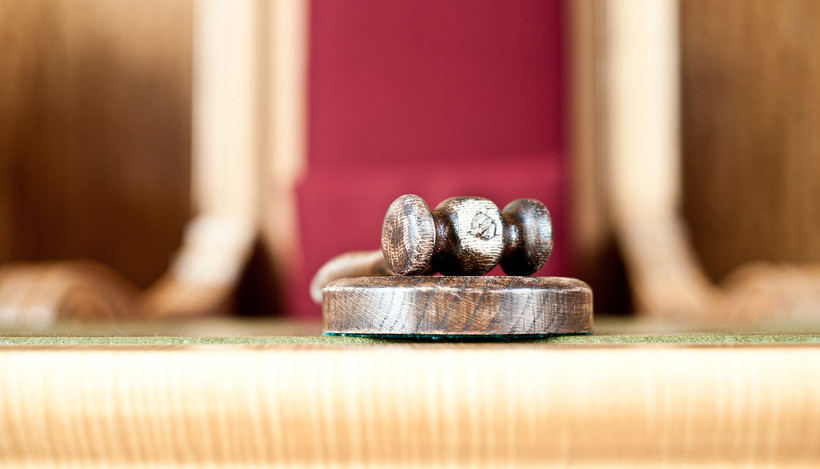 Justice Daniel Kelly will replace Justice David Prosser on the Wisconsin Supreme Court when Prosser retires at the end of the month. Chris Guy

On Friday, Walker selected attorney Daniel Kelly to fill the seat left vacant by Justice David Prosser's retirement. The private-practice attorney from Waukesha has never served as a judge -- which is neither a prerequisite or unprecedented. Both Prosser and former Chief Justice Shirley Abrahamson also never served as judges prior to their appointment.

Kelly is the president of the Milwaukee Chapter of the Federalist Society and also involved with the Kern Family Foundation, both of which are considered strongly-conservative organizations, according to Katelyn Ferral, a public affairs and investigative reporter at the Capital Times.

"I think general consensus is that, if anything, Justice Kelly will be a more reliably conservative vote," she said. "At times, I think people thought if there was any swing vote on the court it would have been Prosser. But Kelly will likely consistently vote in the conservative majority. So as far as votes go, this doesn't really do much in changing anything."

This appointment is the governor's second to the state's highest court in less than a year. Kelly's appointment preserves the court's 5-2 conservative majority.

Walker quickly garnered both support and criticism for the selection. Conservative and libertarian organizations across the state, including the Wisconsin Institute for Law and Liberty, praised Kelly's intellectual approach to the law, and his ability to provide a roadmap to attorneys for complicated and unresolved legal issues.

Liberal groups, however, have criticized Kelly for representing Walker and the state in campaign finance and redistricting cases. Moreover, they've chastised Kelly for his stance on gay marriage and previous comments he made in which he compared affirmative action to slavery.

"Morally and as a matter of law, they are the same," Kelly wrote. "I believe there is a moral and constitutional equivalence between laws that subjugate a race and those that distribute benefits on the basis of race in order to foster some current notion of equality."

Kelly has since expanded on the comments, stating that slavery was clearly a more devastating institution and that there are obvious differences between the two. He wouldn't let it affect his legal decisions.

At a press conference on Friday, Kelly was asked by reporters how he would put aside his personal beliefs when reviewing cases.

"I trust that I will always stand humbly before the law," Kelly said. "I look forward to taking the oath of this office, in which I will promise to you and all of Wisconsin that I will faithfully apply the constitution of this great state, and of our country to the best of my ability."

Kelly will finish Prosser's current term, and won't be up for re-election until 2020. He'll then have to run for a 10-year term should he want to stay on the bench.