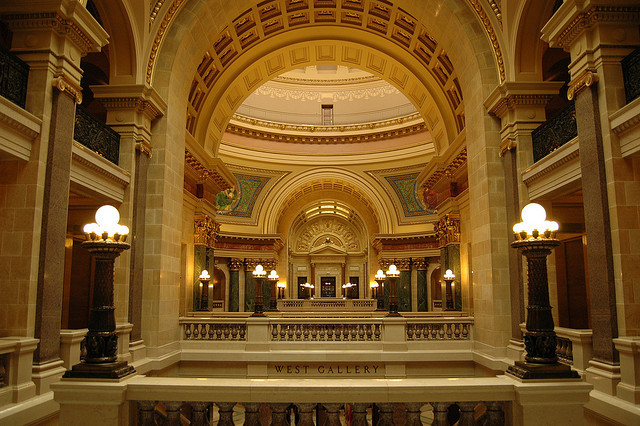 The state Supreme Court upheld limits Wednesday on how much injured patients can receive for non-economic medical malpractice damages — or pain and suffering.

The 5-2 ruling upholding the $750,000 cap involved Ascaris Mayo, a woman who lost all four of her limbs due to a severe infection that was not initially detected by a Milwaukee hospital.

Mayo sued the doctors and the state malpractice compensation fund, an account doctors pay into to cover malpractice awards. A jury awarded Mayo $25 million in damages, including $15 million in non-economic damages.

The compensation fund's attorneys moved to reduce the non-economic damages award to $750,000, the maximum compensation for such damages allowed under state statutes. A state appeals court ruled last year that the cap was unconstitutional.

But on Wednesday, the state Supreme Court ruled the cap was indeed constitutional.

"By enacting the cap, the Legislature made a legitimate policy choice, knowing that there could be some harsh results for those who suffered medical malpractice and would not be able to recover the full amount of their noneconomic damages. However, any cap, by its very nature, will limit the amount that some people will be able to recover. If the cap did not do so, it would have no economic effect," wrote Chief Justice Patience Roggensack, in the majority opinion.

The Legislature intended for the cap to accomplish certain goals and had a rational basis for the law, said Roggensack.

Citing reasons the Legislature gave in writing and in passing the law, Roggensack said the law was designed to retain and attract doctors; reduce unnecessary procedures doctors may do to avoid potential malpractice claims; provide predictability in non-economic malpractice awards and assure there’s enough money in the state’s patient compensation fund to pay those who are injured.

"Our presumption of constitutionality is based on respect for a co-equal branch of government and its legislative acts ... in our analysis, we do not reweigh the policy choices of the Legislature," she added.

Roggensack noted that while there is a cap on non-economic damages, there also is a guarantee of payment for all other categories of damages that a victim of medical malpractice may be awarded.

"And not all states have that. That’s what the fund guarantees. Physicians have to pay into the fund," said Clyde Chumbley CEO of the Wisconsin Medical Society. "So I think we’ve created a nice balance with the fund and the required one million in medical malpractice liability that doctors have to carry."

The cap was raised from $350,000 to $750,000 after a previous supreme court decision, Ferdon ex rel. Petrucelli v. Wisconsin Patients Compensation Fund, struck down the lower cap.

"Raising the cap by $400,000 does not fix the fundamental constitutional problems with the damage cap that the Ferdon court identified," Bradley said. "The cap still makes the most severely injured bear the greatest burden in violation of equal protection."