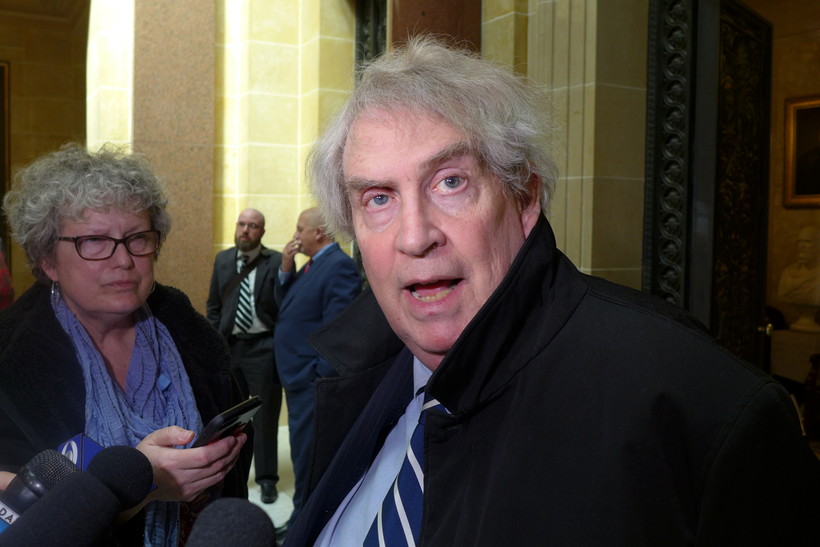 The Wisconsin Supreme Court will rule Friday on whether Marquette University went too far when it suspended a controversial professor for a blog post he wrote attacking a graduate student and philosophy instructor.

John McAdams, a longtime professor of political science and conservative commentator, sued Marquette after it suspended him in 2014 for his blog post attacking Cheryl Abbate. Abbate told students in her philosophy class that because everybody agrees with gay rights, there was no reason to discuss it.

Abbate was confronted after class by a student who disagreed, and in a conversation he recorded, Abbate said the student didn't have a right to make homophobic comments in her class. The student then shared the recording with McAdams, who blogged about the exchange.

McAdams included a clickable link to her personal website, and Abbate began receiving negative, threatening emails. She has since left the university.

Marquette contends McAdams' conduct was unprofessional because it "painted a target" on the back of a graduate student.

The case pits traditional conservative allies against one another.

The Metropolitan Milwaukee Association of Commerce supports Marquette's position, arguing in a legal brief that "a private employer is and should remain free to discipline an employee."

The Wisconsin Institute for Law and Liberty, which is defending McAdams, contends that Marquette's actions violated his right to academic freedom as a professor.

After the case was argued in April, McAdams told reporters that if the court sides with him, he'll return to teaching at Marquette.