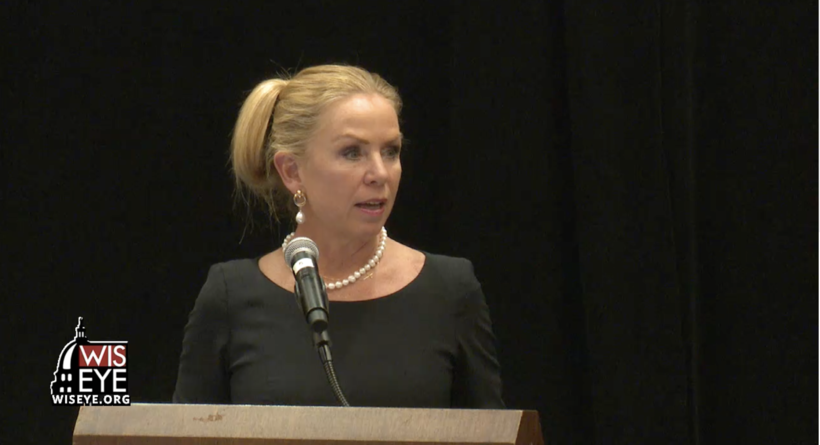 Wisconsin Supreme Court Justice says 'threats are on the rise,' judges must be independent

The leader of Wisconsin's Supreme Court is raising alarms about threats against judges and other members of the legal system.

Authorities said the alleged assailant, 56-year-old Douglas K. Uhde, died of what appeared to be a self-inflicted gunshot wound after invading the former judge's home and shooting Roemer. Udhe had been sentenced to prison by Roemer in 2005 for burglary.

"In other words, he appears to have been killed for doing his job as a judge," Ziegler said of Roemer.

Ziegler referenced other incidents, including this summer's arrest of a man accused of threatening to kill U.S. Supreme Court Justice Brett Kavanaugh, the 2020 murder of the son of federal Judge Esther Salas in New Jersey and the 2017 murder of attorney of Sarah Quirt Sann, who was among four people killed in Marathon County during a shooting rampage by Nengmy Vang. Quirt Sann had been representing Vang's wife in a divorce case.

"Threats are on the rise," Ziegler said during the speech at a conference in Elkhart Lake.

But, Ziegler, a conservative who was chosen by her fellow justices to lead the Wisconsin Supreme Court in 2021, said such threats must not be allowed to undermine the justice system.

"Judges shouldn't be intimidated," she said. "They shouldn't be influenced by fear of a threat or an act of violence from people or groups who want to intimidate them, push a cause, subvert the rule of law, or control the outcome of a case. That's a basic tenet of judicial independence."

Ziegler pointed to personal security resources available to judges online and said groups like the Wisconsin Supreme Court's Planning and Policy Advisory Committee and a legislative committee are "continuously" working on safety issues. And she said Supreme Court Rules, which include security standards for courthouse construction and remodeling projects, are being updated.

Chief justice says progress is being made on case backlogs

Ziegler also acknowledged case backlogs that grew across Wisconsin during the COVID-19 pandemic, when courts faced temporary closures and restrictions. The delays have forced the accused to wait longer for their right to a speedy trial. And alleged victims, too, have been forced to wait longer for closure.

"Although the pandemic left us with a significant backlog, we all know that didn't happen overnight," Ziegler said. "It's kind of like gaining weight after wearing a lot of yoga pants. You put it on, but it doesn't go off within the week or two. So our backlog won't be created or eliminated overnight either. We have a long way to go. And the situation varies from county to county, but we are indeed making great progress."

One positive indicator, Ziegler said, is that jury trials are once again being held at "pre-pandemic" levels.

In 2021, there were 1,311 jury trials held statewide after the number plummeted to 842 in 2020, Ziegler said. She said she expects 1,800 of those trials to take place across Wisconsin by the end of this year.