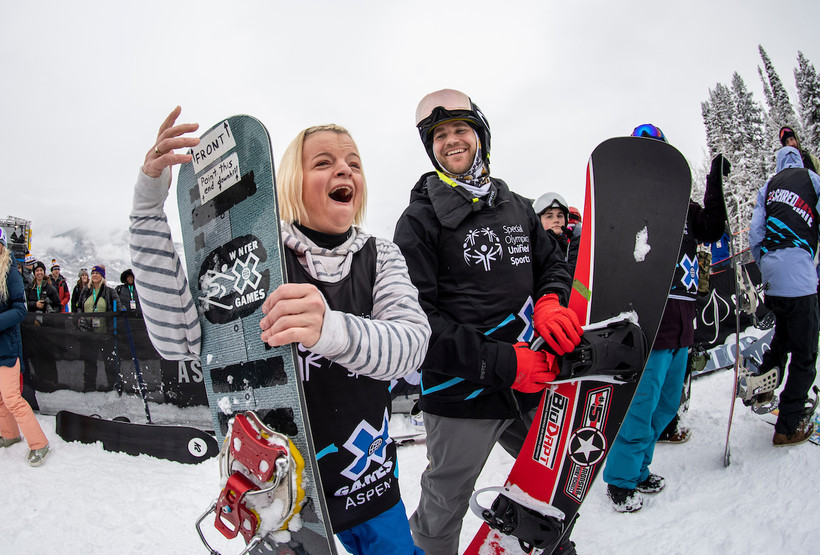 Daina Shilts reacts to the news that she's won a gold medal at the X Games after the other teams finish their runs. Shilts competed in Unified snowboarding with partner Mike Shultz. Ben Solomon/Special Olympics

Daina Shilts has a resume that few athletes can boast.

Shilts made her sixth X Games appearance in Colorado earlier this month. She has come close in the past, but this is the first year she has topped the podium. She said it was "the best feeling in the world."

The 29-year-old competed in unified snowboarding with partner Mike Shultz. Unified events pair a Special Olympics athlete with a professional.

Shilts is no stranger to winning hardware. She has competed at two Special Olympics World Winter Games winning four gold, five silver and two bronze medals. She said the 2013 event in South Korea helped bring her out of her shell.

"It showed me that I can do something, and I can be great at something," she said. "Just because I have a disability doesn't mean I can't do it."

At the 2017 World Winter Games in Austria, Shilts won the super giant slalom with the fastest time of any male or female skier or snowboarder. She said it’s her favorite memory from her sports career so far.

Shilts trains in her hometown at Bruce Mound or at Granite Peak in Wausau. She snowboards every chance she gets and practices with a local ski team, she said.

Granite Peak will host the Special Olympics Wisconsin State Winter Games on Saturday, Feb. 8. Shilts will compete at the event, which showcases Special Olympics skiers, snowshoers and snowboarders, she said.

Shilts has been an athlete for two decades. She credits her success to her parents and coaches. Now 29, she also participates in gymnastics and track and field, she said.

She was honored for her commitment to the Special Olympics with an honorary ESPY in 2017. She and other Special Olympics athletes took the stage with former First Lady Michelle Obama. Shilts met Rodgers, swimmer Michael Phelps and gymnast Simone Biles.

The following year, Shilts made history as the first woman with an intellectual disability to serve as an analyst on an ESPN broadcast. She was an athlete-correspondent at the Special Olympics USA Games in Seattle. Special Olympics of Wisconsin (SOWI) brought 54 athletes and Unified partners to the event. 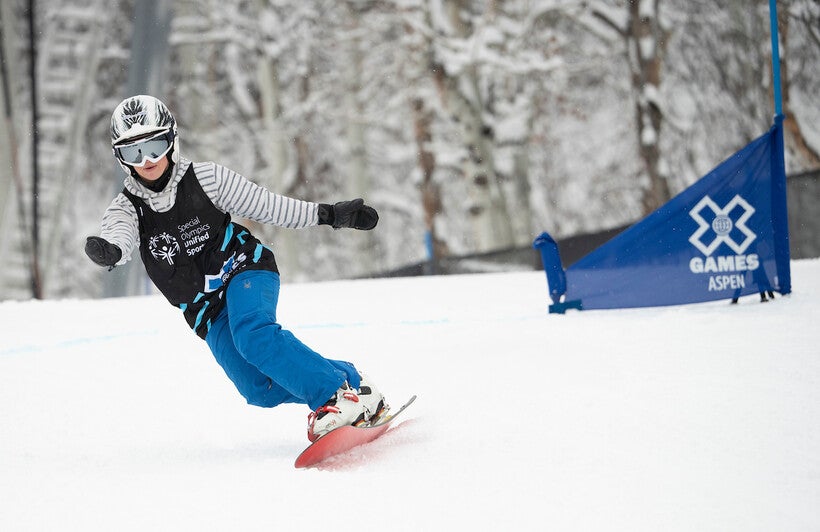 Outside of sports, Shilts works with children with special needs, and she is also a passionate public speaker.

Her message: "No matter what your disability is, you can (do anything) you put your mind to."