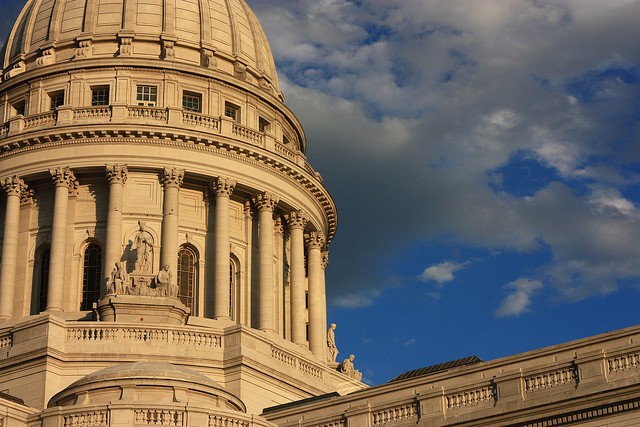 Assembly Speaker Has Not Yet Said When His Chamber Will Take Up Proposal
By Shawn Johnson and The Associated Press
Share:

The Wisconsin state Senate has advanced a fast-tracked bill that would ban non-emergency abortions after 20 weeks of pregnancy.

The Republican-controlled Senate passed the measure Tuesday night on a 19-14 vote on party lines. Republicans voted in favor while Democrats voted against. Senators debated for three hours prior to taking a vote.

The bill includes no exceptions for pregnancies that result from rape or incest.  New Berlin Republican Sen. Mary Lazich said it's aimed at eliminating what she called, "late-term, elective abortion."

"At 20 weeks, the state has a compelling state interest to not inflict excruciating pain and torture on children," said Lazich.

Supporters contend that a 20-week-old fetus can feel pain and shouldn't be subject to abortion procedures.

None of the state's medical organizations support the bill, saying evidence shows fetuses don't feel pain until after the third trimester begins at 27 weeks.

Democratic Minority Leader Jennifer Shilling told Senators they were intruding in what's already one of the most difficult decisions in a woman's life.

"Women can make our own medical decisions without the political interference of the 33 of us," she said.

Assembly Speaker Robin Vos hasn't said yet when the Assembly will take up the measure.

Gov. Scott Walker has said he would sign the bill.

Editor's note: this story has been updated to include quotes from lawmakers.