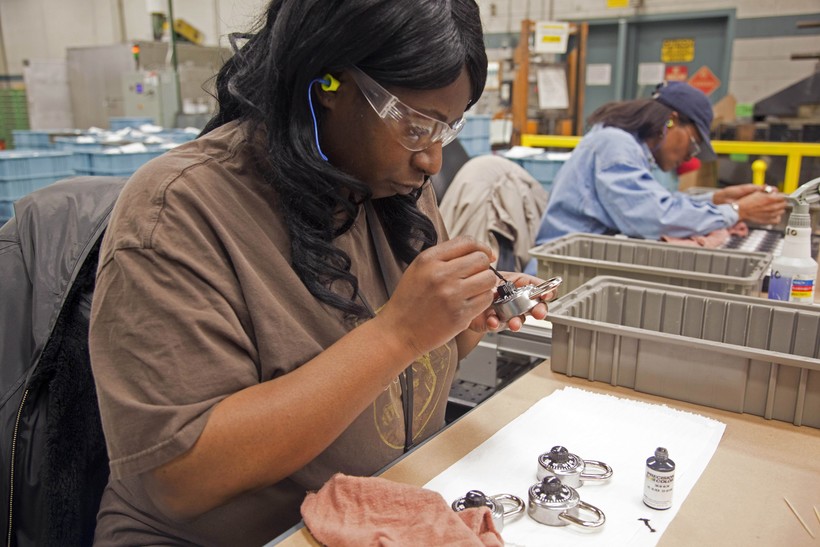 Delisa Scales touches up locks inside the Master Lock company's facilities in Milwaukee.

Jobless claims in the United States reached the lowest levels since 1973 last week — and matching that trend, Wisconsin has recorded strong job growth in recent months.

About 7,200 new jobs were created in Wisconsin in February, one of the largest increases since last October. The state has more jobs now that in did before the start of the recession, although Laura Dresser with the Center on Wisconsin Strategy said more jobs are needed.

"To get back to what it would have felt like in 2007 in terms of opportunity given the population growth, we need 86,000 more jobs today," she said.

That gap between the current number of jobs and the number of positions needed to satisfy population growth is called the job deficit. Dresser said if job growth continues at the current rate, that deficit could close in a year or so.

"It's certainly an exceptionally kind of slow recovery both at a national level, and even a little slower in Wisconsin. But it's consistently the right direction," said Dresser.