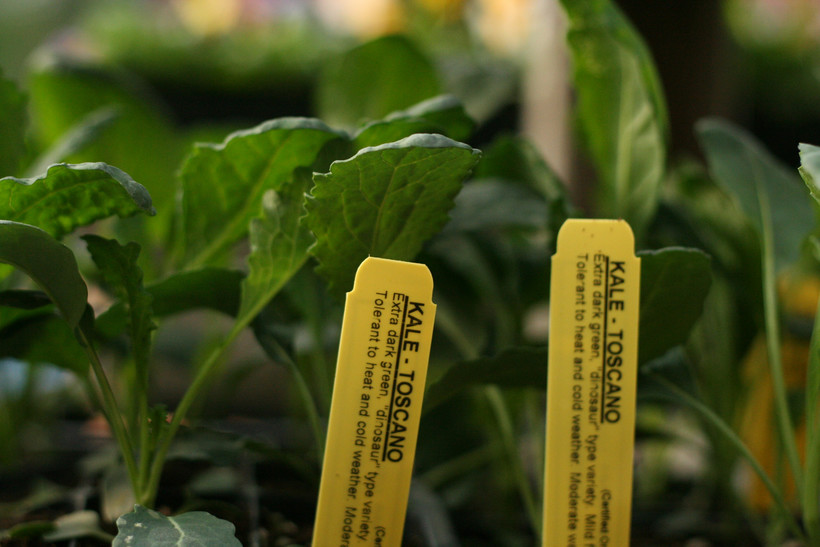 With many Wisconsin residents forced to stay home, businesses are reporting increased interest in home vegetable gardening as the new coronavirus pandemic continues.

Nathan Zondag, vice president of operations for Jung Seeds, a national seed company based in Randolph, said they've seen an influx of vegetable seed sales over the last two weeks, with the majority of orders coming from new customers or even first-time gardeners.

But that hasn't come as a total surprise, Zondag said.

"We did see the same sort of reaction back in 2008 when the market started to crash," Zondag said. "A lot of people became very interested in growing their own food when things got a little bit dicey as far as not knowing when and how much their next paycheck was going to be."

He said Jung Seeds has even put together a new "Victory Garden Collection" of seeds and plants, a reference to the Victory Gardens movement that started during World War I as a way to prevent food scarcity.

Rudy Van Dunk, owner of Rudy’s Feed & Seed in Holmen, said he has also seen a major increase in the number of customers looking to start seeds indoors for their summer garden. He said the practice has largely faded over the years with the wide variety of starter plants available.

Van Dunk said many recent customers have been parents or grandparents looking for ways to occupy children that are home because of school closures.

"A lot of it was that, 'Geez, my kids are driving me nuts' or 'I gotta find something for them to do. I’ve been thinking, I've been thinking, and well heck, this is what we used to do every year.’ So it was kind of neat," Van Dunk said.

He said his store had a huge crowd of customers last week before Gov. Tony Evers’ "stay-at-home" order went into effect.

"Probably the busiest day I've had in March in 30 years," Van Dunk said. "I actually sold stuff I didn't even know I had. It seemed like it was crazy and it has slowly trickled down to a lot of curbside service."

With the pandemic expected to continue into the summer months, Van Dunk said he’s anticipating a lot of interest in lawn and garden care this year as more people are unable or unwilling to travel.

"I'm also fearful, though, that people won't come out and shop. You're already seeing that here," Van Dunk said.

"We're trying to be as accommodating, of course, as possible," Van Dunk said. "And I want to keep my employees working, that’s the big thing.”

Zondag said Jung Seeds has also seen fewer customers in their garden centers, which he said are considered an essential business under the stay-at-home order.

Community gardens around the state have also seen a change in volunteers and interest.

Todd Huffman is coordinator of the Kane Street Community Garden, which grows free produce for residents of La Crosse.

He said the garden relies on students at Western Technical College to start seeds in the greenhouse each spring. When the technical college announced it was closing campus due to the pandemic, Huffman said he had to find alternative space at a neighborhood greenhouse and at the homes of volunteers.

Volunteers can still come and work at the garden, Huffman said, but they’re following some new precautions.

"We really want to keep them safe and follow all the rules, like mainly keep your spacing and then wash your hands when you get there," Huffman said. "And then even if they touch a tool like a shovel, we wipe it down when they're done."

He is also requiring volunteers to wear gloves when harvesting the spinach that’s still growing in the garden’s hoop house from this winter.

Kathryn Padorr, registrar for Eagle Heights Gardens in Madison, said most participants renew their garden plots by February, before the extent of the pandemic was understood in the United States.

"I don't know how many of the people who have renewed plots will be here to garden," Padorr said. "Right now, a lot of people have left campus and about half, maybe two-thirds of our gardeners, are connected with the (University of Wisconsin-Madison)."

But she said her organization could also pick up some new gardeners as travel plans for the summer are canceled.

Padorr said many participants in the community garden have stressed the importance of keeping the garden open, both to allow people to grow their own food as a way to avoid stores and to maintain a sense of normalcy.

"You plant things and you look forward to them coming up," Padorr said. "And you kind of know that by the time some of these things are bearing fruit, hopefully the crisis is over. It kind of gives you something to look forward to."

Editor's Note: An earlier version of this story inaccurately named Rudy Van Dunk. It has since been corrected.