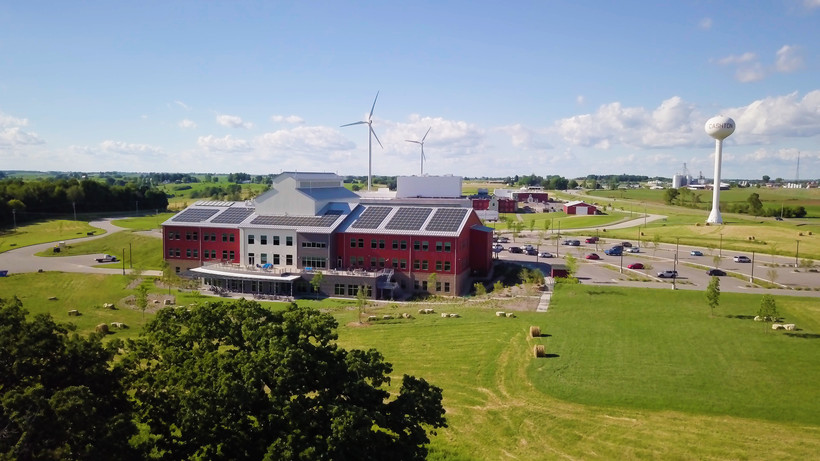 Wisconsin Residents May Not Feel Impacts Of Trump's Solar Tariff

President Donald Trump’s recently imposed tariff on solar panel components might not have a significant impact on the average homeowner or business owner, says Tyler Huebner, RENEW Wisconsin executive director. But he said large-scale projects might feel some of the cost strain.

"If it (the tariff) sort of dampens demand because the thought is out there that now solar is no longer going to be affordable, that would be really unfortunate," Huebner said.

The average consumer who is looking to install solar panels is not likely to see any significant changes in cost, Huebner said.

In 2017, Wisconsin had 80 megawatts of solar energy, which increased from 42 in 2016, according to RENEW Wisconsin.

The tariff will last for four years, starting at 30 percent and by year four decrease to 15. It’s imposed on imported solar cells and modules.

WEC Energy Group, a Wisconsin utility provider, is planning to generate 350 megawatts of solar energy. Although estimates aren’t clear, it’s expected that solar energy generation of this capacity could power thousands of homes.

Amy Jahns, WEC Energy Group spokeswoman, said the cost of the project is still manageable even with the tariff, and they plan to move forward for now.

Organic Valley in southwestern Wisconsin is also planning a solar expansion that will provide energy for the farm and residents. Jonathan Reinbold, who manages the Organic Valley sustainability, said the worse that could happen is a delay in the project.

The Solar Energy Industries Association is projecting about 23,000 jobs lost in the United States from this tariff.