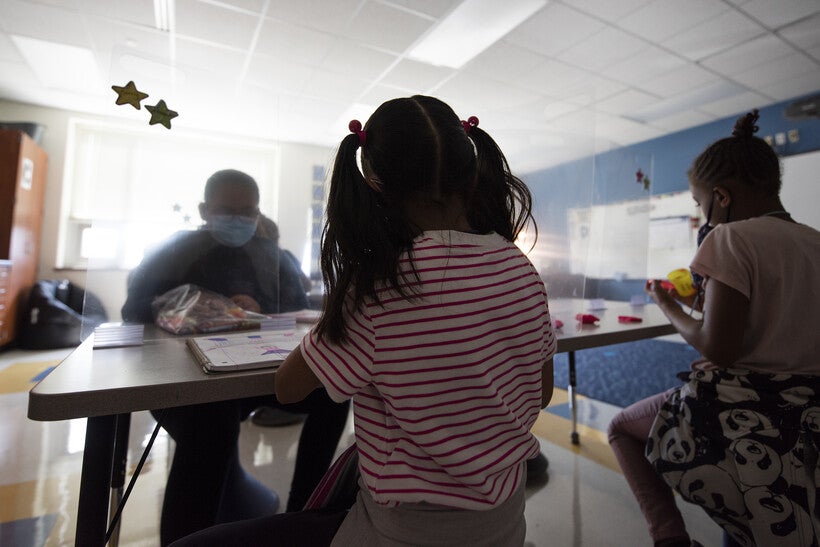 95 percent of public school districts met or exceeded expectations, though the scoring changed this year
By Madeline Fox
Share:

In the first school report cards released since before the pandemic, 95 percent of public school districts met or exceeded expectations, down from 96 percent in the previous period.

However, the state Department of Public Instruction changed the numerical cutoffs for several categories. The Madison Metropolitan School District, for example, scored 70.2 on its 2020-2021 report card, which marked it as "Exceeds expectations" – but two years before, that score would have put the district in the "Meets expectations” category. 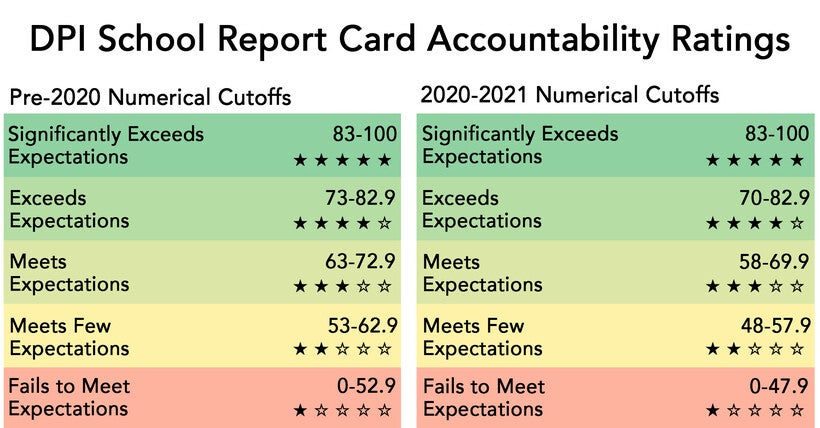 Score cutoffs for accountability ratings pre-2020 and for the 2020-2021 report cards. Data courtesy of the Department of Public Instruction

"Because of all of that, it’s very difficult — I would say impossible, definitely ill-advised — to compare report cards from this year with any prior year," said Isral DeBruin, director of communications at the Milwaukee-focused school equity nonprofit City Forward Collective. "Of course, that’s what everybody wants to do — they want to see, did things get better, did things get worse."

DPI did not respond to an emailed request for comment about the changes Wednesday afternoon, though a representative told the Appleton Post-Crescent that they were made with "a strictly mathematical approach that emphasizes preserving the distribution of school and district ratings produced by the previous standards."

Wisconsin didn’t release school report cards last year because of the pandemic. State officials also requested to suspend the report cards this year — they’re calculated in part using standardized testing, which was significantly impacted by the pandemic — but lawmakers didn’t grant that suspension.

"We urge caution when interpreting scores and ratings on the report cards, due to the disruptions caused by COVID-19," said Sam Bohrod, assistant director of DPI’s Office of Educational Accountability.

City Forward Collective analyzed the report cards of Milwaukee schools and saw that, across the city, just over 50 percent of students took the standardized tests that factor heavily into school report cards. Typical test participation is in the high 90 percent range.

The DPI report cards saw other significant changes this year, in addition to the changing score cutoffs.

Schools can also now submit their own narrative, a paragraph that’s included at the top of each report card and consists of a few sentences in which the school describes its mission, its population, or other general information.

Editor's note: This story was updated to remove an incorrect percentage of schools receiving a "meets expectations" or above score.