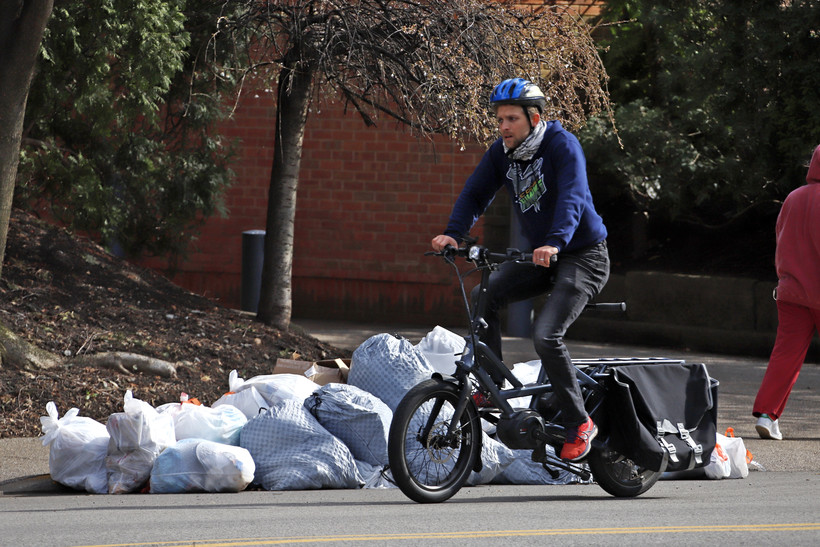 Trash Tonnage Was Up More Than 13 Percent In March And April For City Of Sheboygan
By Megan Hart
Share:

As Wisconsinites continue to adapt to stay-at-home restrictions during the COVID-19 pandemic, the changes residents are experiencing in their daily lives are also having a measurable impact on resources — With the state mostly under quarantine, electricity use is down overall, but up in homes. And people are producing more trash.

Electricity providers We Energies and Wisconsin Public Service (WPS), which are both owned by WEC Energy Group, have seen an overall decrease in electricity use of about 7 percent between late March, when the Evers administration's "Safer at Home" order went into effect and early May, according to media relations manager Brendan Conway.

Unsurprisingly, demand for electricity is down most among small commercial clients like restaurants and barbershops, he said.

Meanwhile, We Energies and WPS are expecting residential customers to use about 4 percent more energy in the second quarter than the companies originally forecasted, Conway said.

Conway has a few recommendations for customers who are seeing the effects of the stay-at-home order on their energy bills:

Home energy use isn't the only thing that's increased during the quarantine. Some municipalities say they're collecting more waste.

In the city of Sheboygan, curbside garbage collectors picked up more than 122 tons of additional trash in both March and April. That’s an increase of more than 13 percent compared to last year’s numbers, according to David Biebel, the city’s director of public works.

The trend doesn’t seem to be slowing down. The city collected 56 tons of extra refuse during the first week of May alone.

Biebel attributed some of the increase to people eating at home more, as well as completing more thorough spring cleanings this year. Based on early projections, it could cost about $6,000 per month for the city to dispose of the increased waste, Biebel said.

While trash production is up, water consumption is down. In part, that’s because businesses are typically to be the biggest users, Biebel said.

"The long-term concern is a lot of the revenues and the budgets are based on average flows, so if flows are down (that’s) less revenue," he said.

Biebel said the department is adjusting its operations accordingly, noting the city’s parks will likely require fewer seasonal workers this year, which could help even out the budget.

Another change during the state’s stay-at-home order: Wisconsinites are spending more time on the web.