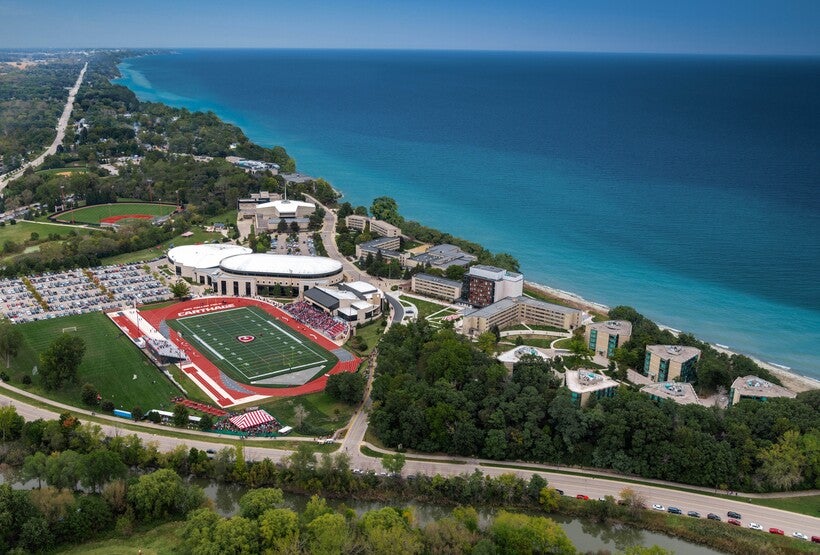 Private colleges and universities in Wisconsin estimate they’ll lose $245 million in revenues this year due to the COVID-19 pandemic. That includes lost money from canceled events, refunds for room and board and potential declines in enrollment this fall.

The Wisconsin Association of Independent Colleges and Universities (WAICU) released data reported by member institutions across the state showing estimated losses of nearly $108 million through summer. The projected losses for fall are expected to be more than $137 million. The figures include unexpected fundraising losses tied to stock market declines, along with additional costs for cleaning and investments in technology to allow for classes to be moved online.

WAICU President Rolf Wegenke said because the state’s private colleges and universities don’t get state taxpayer support, any declines in enrollment could have big impacts for institutions.

"And being tuition dependent, if there's an enrollment drop of any significance at all, that can deeply affect our colleges ability to operate," said Wegenke.

To reduce expenses, some private colleges and universities have been announcing employee furloughs, major degree program cuts and layoffs.

Carthage College President John Swallow said 35 staff have been laid off. He said he took a 20 percent pay cut through the summer, while his vice presidents took cuts of 10 percent. Furloughs were also used at Carthage, said Swallow.

Starting this fall, Swallow said Carthage College will lower its listed price for tuition by 30 percent in what the campus calls a "tuition reset." The new price tag will be $31,500. Swallow said the previous sticker-price was listed at more than $50,000 for tuition along with room and board. He said by working financial aid grants offered by the college into the published price, more students and families are showing interest in the Kenosha campus. Swallow said deposits, which are required when students are admitted, are on the rise despite the pandemic.

"You know, just today I saw figures showing that year over year at 14 percent up in deposits, which is just fantastic," said Swallow. "And then we've even seen a couple-of-percentage-point increase in retention from one year to the next, rather than it going down."

WAICU’s Wegenke said other colleges and universities have noted increased deposits but said those figures can sometimes be misleading.

"That used to be a very good indicator," said Wegenke. "But we have found over the years that students and their families are a little more cavalier. They'll make deposits at two, three, five institutions."

Edgewood College in Madison has also been cutting staff, according to press reports. When asked for specifics on layoffs, a spokesman said the college was "too small for us to get into specific numbers." But he said Edgewood has had "three rounds of voluntary separations (faculty) resulting in more than 20 and less than 30 colleagues who are no longer with the College."

"That's part of a larger financial strategy that the college has been addressing for about a year and a half at this point, reducing positions in areas that are under enrolled, for example, and kind of streamlining our processes so as to align the budget more accurately with our expenses, more actively with our revenues."

In a press release sent June 2, Marian University announced it was taking "proactive steps in anticipation of its operating budget and enrollment projections being negatively impacted by the COVID-19 pandemic."

Marian University Acting President Michelle Majewski said "we remain committed to serving our extraordinary students and continue to be grateful for the strength each member of the Marian University continues to display."

Lawrence University in Appleton has cut its operating budget by $3 million according to an emailed statement. It said there have been employee furloughs but no layoffs as a result of COVID-19. It noted that President Mark Burstein took a 20 percent pay cut for six months with other administration officials taking 10 percent cuts.

Beloit College President Scott Bierman said in a statement that it hasn’t used layoffs or furloughs either amid the pandemic.