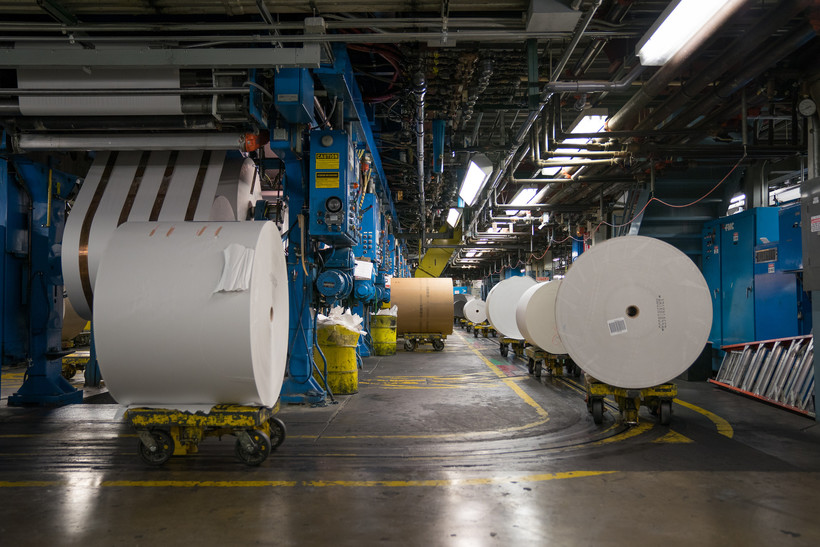 US Department of Commerce Levies 22 Percent Tariff After Accusing Canadian Companies Of Selling Newsprint In US Below Market Prices
By Rich Kremer
Share:

New tariffs proposed for newsprint from Canada have Wisconsin newspapers concerned about price increases and a potential shortage.

This week, the Trump Administration announced a second round of tariffs on Canadian paper used to print newspapers in the U.S.

After an investigation started in August 2017, the U.S. Commerce Department accused Canadian paper suppliers of selling newsprint below market prices and issued tariffs ranging from 4.42 percent to 9.93 percent. The latest tariffs are as high as 22.16 percent, and United States customs agents have been ordered to require cash deposits from importers.

"President (Donald) Trump made it clear from the beginning that we will vigorously administer our trade laws to provide U.S. industry with relief from unfair trade practices," Ross said in the statement. "Today's decision follows an open and transparent investigation in accordance with the applicable laws, regulations, and administrative practices that ensured a full and fair review of the facts."

But Wisconsin Newspaper Association spokesman James Debilzen said his members are concerned the tariffs could end up costing them more money. He said placing barriers on Canadian paper companies is a concern for the industry.

"I mean, the reality is we need Canadian newsprint in this country because we just don't produce enough ourselves," said Debilzen. "So that’s where this has become this perplexing issue. We can’t get by without having Canadian newsprint."

Debilzen said some Wisconsin papers have reported increases in prices for newsprint. And while Wisconsin is known for its timber and paper-making industries, he said many suppliers are transitioning away from newsprint and focusing on other products.

"There have been some concerns about there being newsprint shortages over time as Canadian companies probably cut back on distributing to the U.S.," said Debilzen. "You can't just pick up the phone and order a role of newsprint anymore is what happens. You really have to plan out your orders and make sure you have an adequate supply to print your newspaper."

Officials from the Wisconsin Newspaper Association, National Newspaper Association, along with some Wisconsin publishers and printers, are lobbying Congress to block the tariffs. Congressional delegates from New Mexico have sent a letter to Secretary Ross urging him to reconsider the tariffs. They wrote that the actions could be catastrophic for publishers in the southwest.