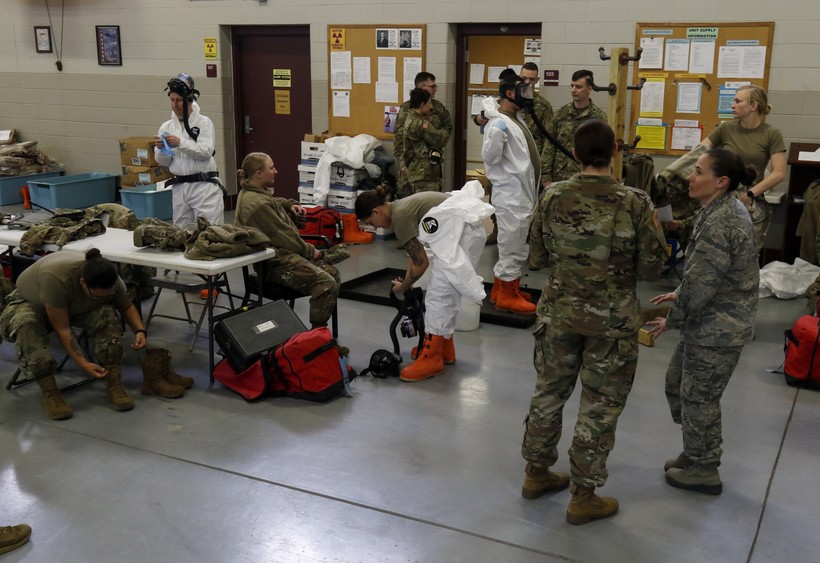 Rumors have been circulating around the state that the Wisconsin National Guard is preparing to enforce statewide quarantines and are shutting down health care facilities and other infrastructures.

"Let me clearly state that the Wisconsin National Guard has no role in enforcing the safer-at-home initiative," Knapp explained in a pre-recorded video posted to their website.

According to the office, false reports have been made after people witnessed large trainloads of military vehicles being transported throughout Wisconsin. Individuals assumed those vehicles were associated with the National Guard and they would be used to carry out quarantines.

Officials with the Wisconsin National Guard said it’s not uncommon to see military vehicles being moved throughout the state because Wisconsin has large manufacturers, like the Oshkosh Corporation, producing vehicles and shipping them to military units across the country.

Capt. Joseph Trovato, a spokesperson for the state's National Guard, said Wisconsin isn’t the only state dealing with these rumors.

"It is distracting from what we are actually doing, and it spreads fear and hysteria and panic among people that think certain things are happening which are not true," Trovato said.

Trovato said 90 percent of Wisconsin National Guard troops are part-time. They work for the guard on the weekends, in the summer and when they are mobilized during a state of emergency — like during a flood or natural disaster.

"They are small business owners and teachers, doctors, bankers, whatever the case may be," Trovato explained. "Whatever they may be in their civilian capacity, they put on the uniform when their state or nation calls on them."

There are approximately 350 members of the Wisconsin National Guard serving across the state. Many of them are medical professionals, logistics experts and planners. 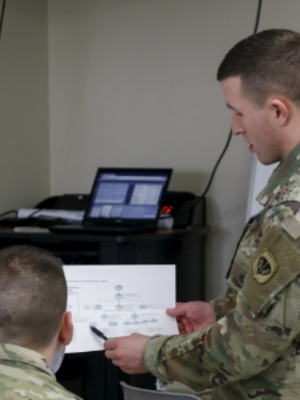 Wisconsin National Guard troops mobilized to active duty in March to provide additional support during the pandemic. That means troops put aside their civilian jobs and reported to their local unit to take on what state officials needed.

Thirty troops assisted Wisconsin’s Department of Health Services in getting a group of Wisconsin residents back home after they returned to the state from a cruise ship that had confirmed cases of COVID-19 on board.

On Wednesday, Gov. Tony Evers deployed National Guard troops to help work the polls for Wisconsin’s election Tuesday. Election officials reported that there are over 100 municipalities who lack staff to work polling sites.

"The National Guard logistics experts are helping to ensure supplies necessary to hold a safe election such has hand sanitizer, wipes, spray bottles and more are supplied and delivered to polling stations across the state," Knapp said.

Trovato said they have not determined how many troops will lend a hand and serve as poll workers.

As for the rumors, Trovato said the Wisconsin National Guard has not discussed enforcement or shutdowns and that residents should go to a credible source, like their website, if they have any questions about the state's National Guard.

Correction: This story was updated to fix a typo in Maj. Gen. Paul Knapp's quote. WPR regrets this error.