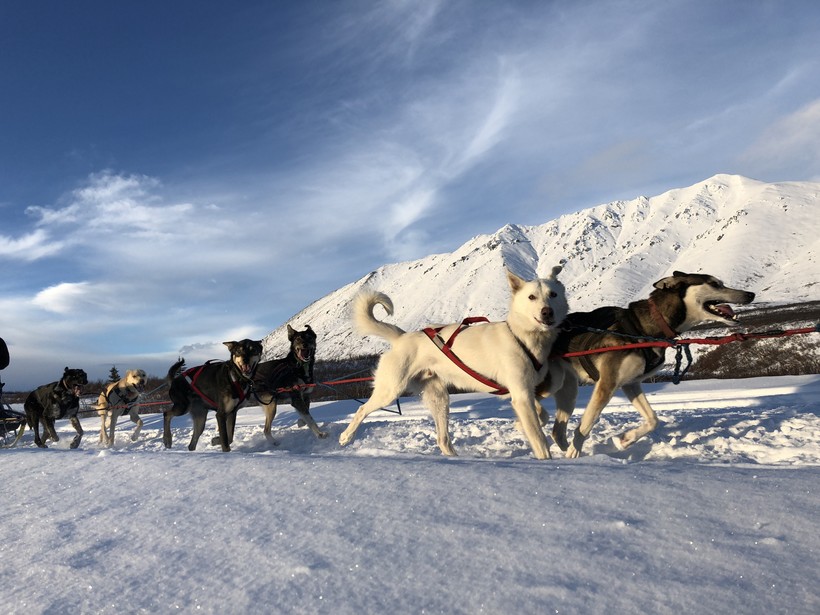 Blair Braverman Ran The Iditarod In 2019. She Compares Sled Dog Racing To The COVID-19 Pandemic
By Kealey Bultena
Share:

The COVID-19 pandemic has pushed people into unknown territory. No one knows how long families and friends will have to stay apart or when the crisis will end. A Wisconsin musher says people living through the pandemic can learn from her time on the sled with her dogs. 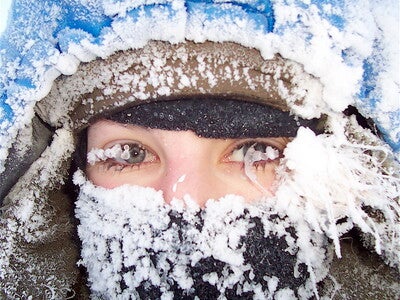 Blair Braverman journeys hundreds of miles on a sled, and, while the dogs work hard, she said she’s harder on herself. But caring for her team has taught her to build rest into her routine, she said.

"You have to front load rest. You have to build in rest that the dogs don't even want, because they are ready to keep going," Braverman said. "Maybe you're going to run 30 miles and you as the musher decide, 'OK, we're going to camp right here. There's a nice river. There's some water. I'm going to build a fire.' The dogs think that is so boring, because they still have energy. They're not tired yet! They want to keep going, and they don't totally get a choice. That’s where I come in as a musher."

"If you're really busy and exhausted, maybe that means you get a plate of frozen lasagna and you put that in the oven, and it's still a warm meal," Braverman said. "Maybe it means you love cooking and you're going to make some elaborate thing from scratch."

Braverman encourages people to do what they need to be OK in the moment, rather than pushing too hard for weeks or months. She said she’s quick to offer her dogs respite, and she’s trying to give herself grace when she gets sick or feels run down. The dogs also teach her about trust.

"They understand the weather differently than I do. They understand the texture of the snow. They hear things. Those are all instincts that I can't even begin to imagine what that’s like, so I have to sort of let the dogs translate it for me," Braverman said. "I'm paying attention to where they're looking, where they're smelling, their body language, their posture, the amount of energy that's pouring out of them. And I trust them. I trust them to be honest in the sense that they're telling me what they have. They're giving me what they have, and I'm doing the same to them."

Braverman and her husband, Quince Mountain, have a dog sled team called Braver Mountain Mushing in northern Wisconsin. Braverman ran the Iditarod in Alaska in 2019; her husband raced it in 2020. They also run hundreds of miles closer to home.

She said the dogs have some context for big races, like crowds watching, but generally they don’t know how far they’ll go when they begin a run. Braverman said that’s similar to how people can’t predict when the pandemic will be under control.

"For me, the trick has been to shift from the idea that I can plan for things, that that's what will make me prepared, and instead try to think of it as, if I take care of myself, if I am prepared in sort of basic ways, then I don’t need to know what will happen because I trust my future self to be able to handle it when it comes," Braverman said. 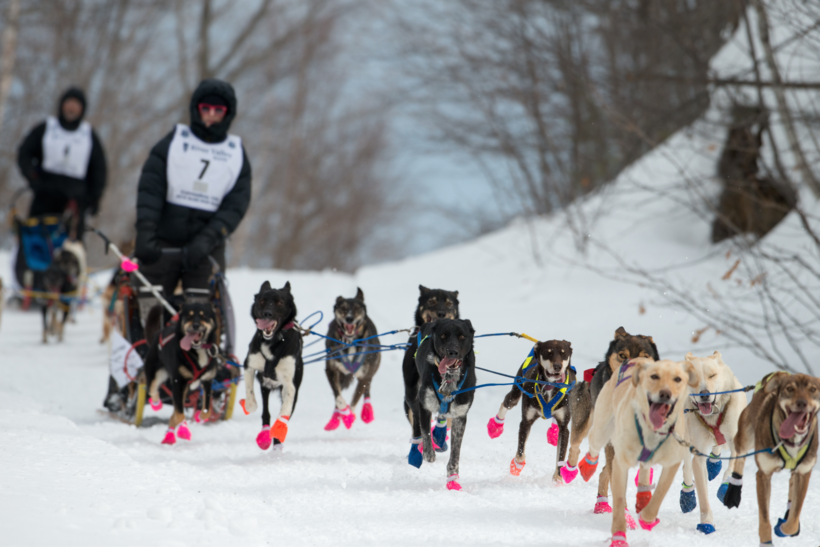 Blair Braverman's dog sled team runs in the snow during the 2019 Iditarod in Alaska. Photo courtesy of Braver Mountain Mushing

Braverman said she tries not to worry about the future, because worrying doesn’t change what happens. She encourages people not feel guilty for resting when they need to recharge, and she added that people still have the opportunity to care for themselves this far into the pandemic.

Braverman said she finds peace when it feels like too much by spending time with her dogs as they run and play. She said she tries to find perspective by acknowledging that what matters is caring for her dogs. Even when the broader circumstances make it difficult, she said she can find happiness in one moment. 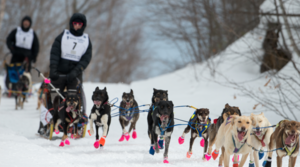 Our guest says her sled dogs have taught her about trust and dealing with the unknown.