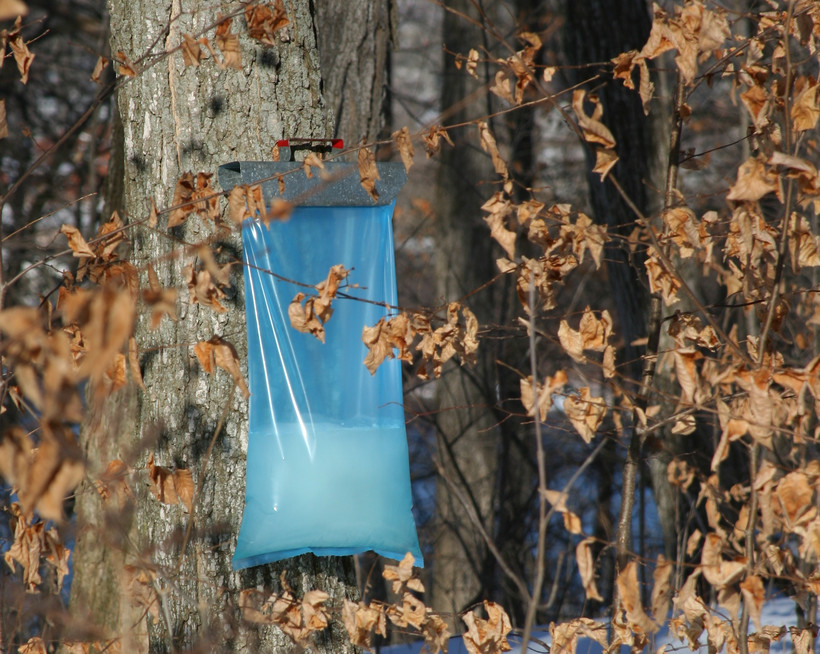 Sap collects from a tapped maple tree in southern Wisconsin.

Wisconsin's maple syrup producers are off to an early start and expect a good season, if the weather cooperates.

The warmer-than-average winter means the sap is flowing sooner than usual. Bree Breckel and her partner Eric Weninger run B&E Trees near Westby in southwest Wisconsin, where they have 2,400 taps on 64 acres. Breckel said it's the earliest season she can remember.

"When the sap's flowing a couple weeks before you expect it to, you're in scramble mode," she said.

There are 3,000 maple syrup producers in the state, all-told. According to Theresa Baroun, executive director of the Wisconsin Maple Syrup Producers Association, the state is the fourth-largest producer in the United States.

Baroun added that she expects it will continue to be a good season for maple syrup if temperatures continue to drop below freezing at night and warm up during the day.

But a quick start to the season doesn't guarantee that it will last long. Breckel, with B&E Trees, said she still remembers four years ago, when it got too warm.

"We had that week where it went from 19 degrees to 78 in a week and it didn't freeze and the season was nine days long," she said. "That was the shortest season we've ever seen."

Baroun said commercial producers use plastic tubing and vacuum pumps to carry sap away from maple trees. She also said there are still some smaller producers who use pails and bags.