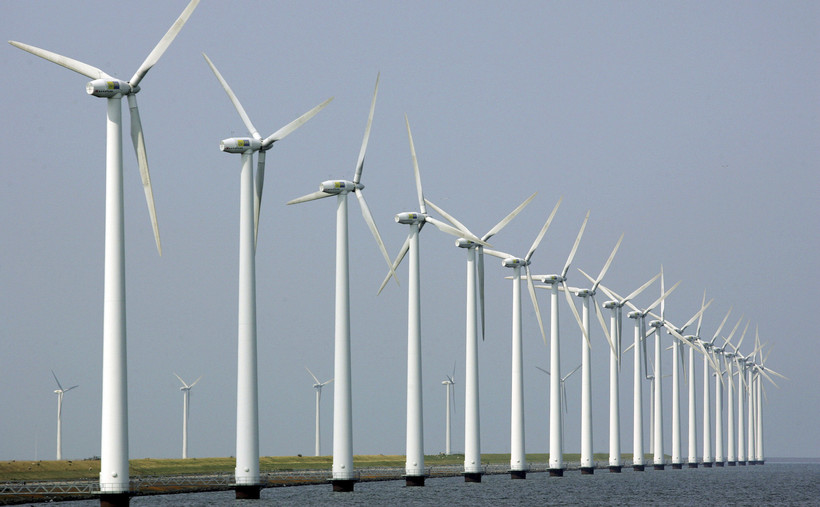 Wisconsin Manufacturers Gear Up For Wind Farm Orders From Other States

Although Wisconsin Lags Behind Other States In Wind Energy Production, Jobs Will Trickle Into The State, Expert Says
By Kate Archer Kent
Share:

Billions of dollars in wind farm projects are underway in Iowa, but Wisconsin is lagging behind in wind energy.

Yet, jobs from massive energy projects in other states will filter into Wisconsin, according to Justin Barrett, wind energy technology instructor at Lakeshore Technical College in Cleveland, Wisconsin.

It will take about six months to see more jobs in the state tied directly to projects in Iowa, as Wisconsin parts factories get a surge of orders, Barrett said.

"There’s going to be a lot of manufacturers and installers trying to get parts and things really fast, and I think that’s probably going to be one of the bigger challenges, is for people just to keep up with the supply chain," he said.

Madison-based Alliant Energy announced last week that it will create more than 1,500 jobs at the height of constructing $1 billion in Iowa wind farms over five years. The announcement comes on the heels of Des Moines, Iowa-based MidAmerican Energy’s plan to build a 2,000-megawatt wind farm in Iowa costing $3.6 billion.

But subcontracting firm Bassett Mechanical isn’t so optimistic that orders in Wisconsin will ramp up from Iowa and Texas projects. Only a couple Wisconsin factories are really seeing a big boost in production, according to Michael Lutz, vice president of sales and marketing for Kaukauna, Wisconsin-based Bassett Mechanical.

"When the current administration pulled back on some of the subsidies that were being provided for those energy projects, we did see a dip," Lutz said. "Until something changes there, I don’t really know if we’ll continue to see a rise in our ability to hire more employees because the workload has increased."

Barrett said he can place all of his graduates in jobs, but they should be prepared to move to other states to land the cream-of-the-crop wind turbine technician jobs.

"Obviously, Iowa is a very big wind state," Barrett said. "Really other states are light years ahead of us as far as wind energy investment."

The American Wind Energy Association said construction is near historic levels, with about 40 percent of the new capacity in Texas. Almost 200 megawatts worth of wind turbines were installed in Texas in the second quarter of 2016, more than twice as much as the next leading state, Kansas.

Illinois-based Broadwind Energy Inc. announced in June that it landed a $137 million contract that would boost production at its wind turbines tower plant in Manitowoc, Wisconsin, and Abilene, Texas.