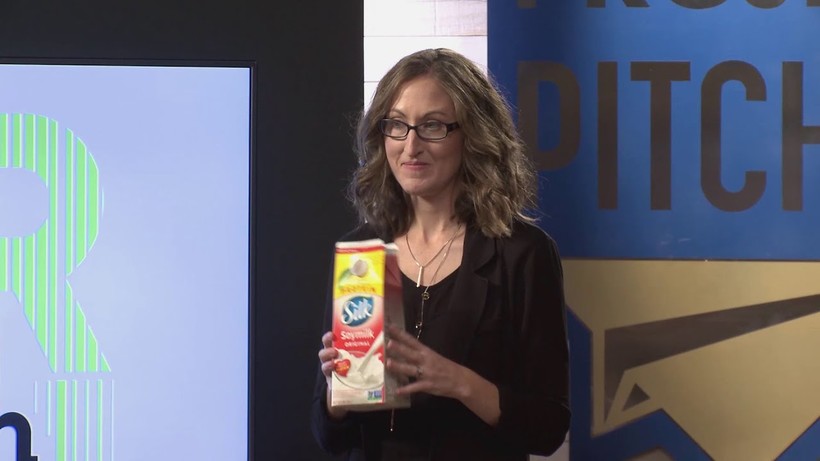 Michelle Goetsch is founder and CEO of Betterbin, a smartphone app designed to help users recycle better. Courtesy of Betterbin

Betterbin Is Designed To Educate Consumers About Recycling, Composting In Their Cities
By Rob Mentzer
Share:

A Wisconsin-made smartphone app that helps people recycle better and track their composting is expanding its reach.

Michelle Goetsch launched Betterbin in May 2018. The Wausau-based company's app allows people in participating communities to scan barcodes on groceries and household products to find out whether or not the items can be recycled where they live.

Recycling rules can vary a lot from place to place and what is recyclable isn't always intuitive. In many cities, for example, cardboard milk cartons and the plastic containers used for fruits aren't recyclable — even though the products likely have the three-arrow recycling symbol on their side.

Goetsch, a former grant writer and one-time sports reporter, cares about reducing waste and thinks there’s a consumer demand for reliable, local information about how to do a better job of it. But there’s also a bottom line. Effectively sorting garbage from recycling helps processing for both run more smoothly — reducing costs to cities.

"For communities, it costs money to host and manage a local recycling program," Goetsch said. "The more that consumers are correctly recycling and the more that they recycle the correct materials, the lower the cost for the municipality."

Some of Betterbin's clients are the village of Weston, the University of Wisconsin-Stevens Point and Edgewood College in Madison. In February, the app will launch in Wausau.

Anyone can download and use the app to improve their recycling practices, but it tailors its information to which recyclables are accepted in the specific municipalities where it's launched. 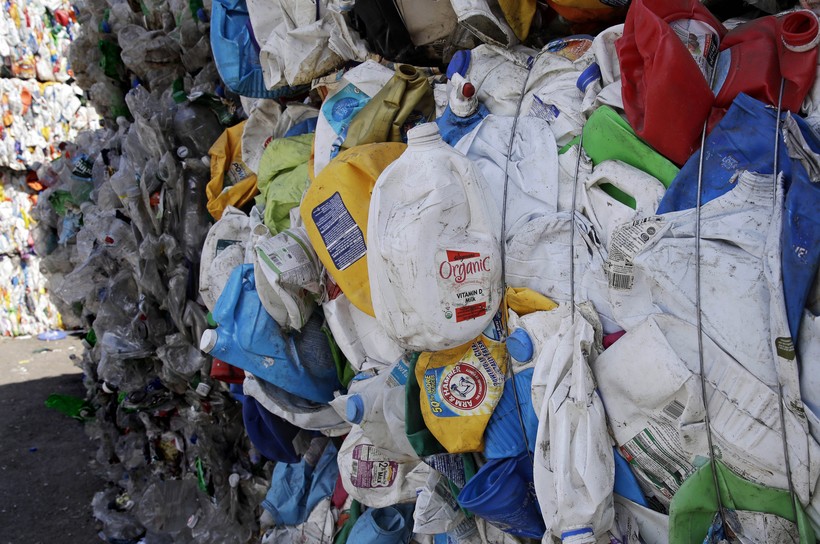 Wisconsinites generate 4.6 million tons of trash and recyclables per year. One of the most common mistakes people make is to put non-recyclable items in their recycling bins. A recycling professional told WPR in February that they call this "wish-cycling."

Goetsch said limiting the amount of garbage we produce overall — the first two-thirds of the slogan "reduce, reuse, recycle" — is still likely the most important thing individuals can do to help the environment. But recycling is better than landfilling, and that means recycling effectively is better than "wish-cycling."

Betterbin also tracks composting, offering information on how to compost effectively and allowing users to track the amount of food waste they’ve kept out of the landfill. The city of Madison used the app to help encourage residents to use its city compost service. People can drop off food scraps at three locations in the city.

Goetsch is working on expanding ways of using the data the company has developed.

Betterbin's core mission, she said, is as a consumer app that helps people recycle and compost the right way.

She recently pitched the restaurant delivery service Eat Street on a proposal to use data and information from Betterbin in its app to help customers dispose of their takeout materials the right way.

The startup employs Goetsch, a data scientist and a team of six contractors. Grants have funded part of its first year and a half, and she's seeking new investors and clients to allow the company to grow.

Goetsch brings a sense of mission to her job. She started the company, she said, because "I just happened to be very passionate about all things environmental and sustainable. I want to make sure I have as light an impact on the Earth as possible."

Related Links:
New Research From UW-Madison Aims To Reduce Plastic Waste
Recycling Is More Complicated Than It Used To Be