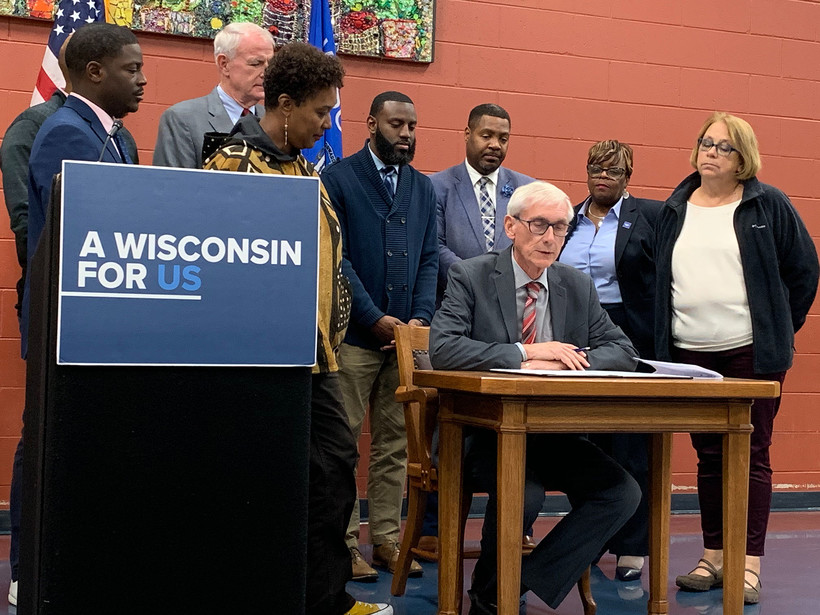 Deadline To Respond To Census Survey Is April 1
By Alana Watson
Share:

With the 2020 U.S. census only a few months away, government officials are rallying together to encourage Wisconsinites to fill out the proper paperwork. The deadline to respond to the U.S. Census Bureau’s survey is April 1.

"At the end of the day the census is not just a head count," Evers said. "It’s about visibility, voice and values."

According to Evers, in 2010, Wisconsin had one of the highest census participation rates in the country. During Monday's press conference, Evers signed an executive order creating Wisconsin's Complete Count Committee to help make sure every Wisconsin resident is counted next year.

The Wisconsin Complete Count Committee will work to educate residents on the importance of the census and help reach hard-to-count communities such as low-income residents, people with disabilities, communities of color, communities with children under age 5, as well as reaching out to the department of corrections and parole officers.

An accurate count of residents ensures continued federal support and fair elections in the future.

"In a state that deals with both the legacy and present day racism along with disparities between our rural and urban communities, we have to take all the necessary steps to make sure everybody among us has a voice," Barnes said.

Barnes continued to say that the state loses $1,400 for each person that isn't counted. He said that money could be used to help fund schools, build health care facilities and improve the environment.

Barrett said during the press conference that there are both religious and constitutional reasons to participate in the census.

"From the left to the right, from the secular to the religious, to the economic benefits, to the civil rights benefits," Barrett said, "this is something that we as Americans should embrace and here in Wisconsin and Milwaukee we will.”