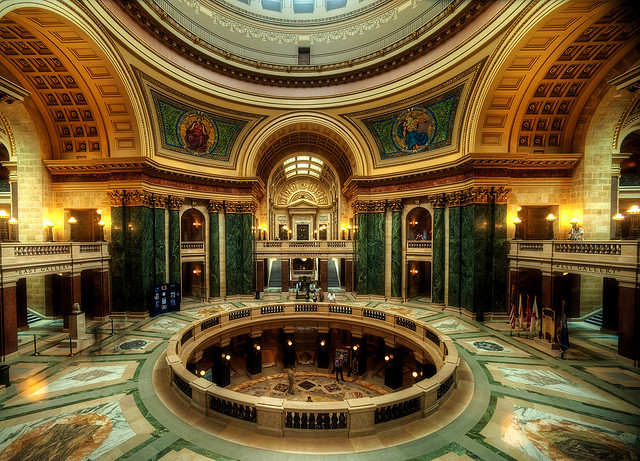 A Republican-led rewrite of Wisconsin's campaign finance laws would clear the way for unlimited contributions to the state's political parties and the campaign committees controlled by legislative leaders.

At a public hearing of the plan on Tuesday, Assembly Speaker Robin Vos said allowing the contributions would leave voters better informed because the money would be reported. He said it embraced the U.S. Constitution's First Amendment.

"We need to have more advocacy, more issues, more discussion. And sometimes that takes money to do it," said Vos.

But, the bill would also let candidates coordinate with interest groups that keep their donors secret as long as the groups don't use words like "vote for" or "vote against" in their ads.

"That now becomes a black hole forever if this bill passes," said Miller.

While candidates would still face contribution limits, they could receive unlimited money from political parties.