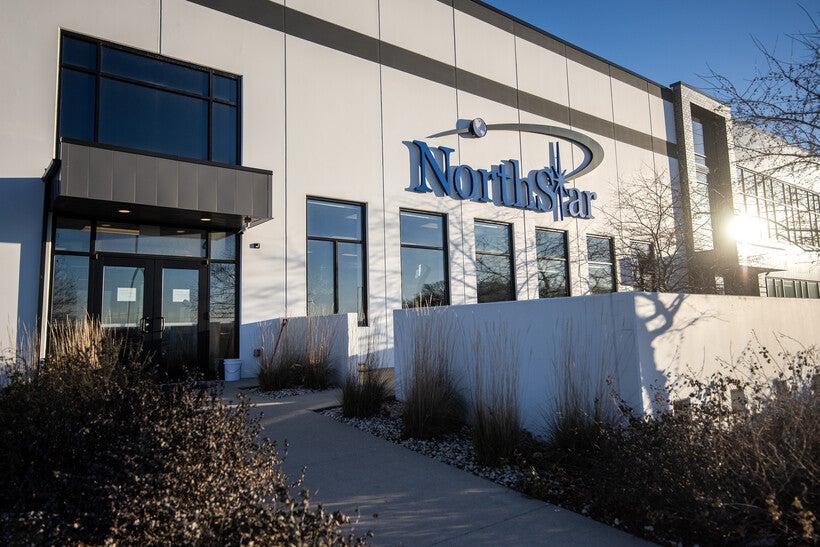 A new facility in Beloit will help Wisconsin increase domestic supply of a critical isotope for the health care industry.

Max Postman, program manager for the domestic Molybdenum-99 Program within the U.S. Department of Energy’s National Nuclear Security Administration, said the isotope is used in 40,000 diagnostic medical procedures each day.

"That's a huge number of people benefiting every single day from this isotope," he said. "It's used a lot of times in cardiac scans."

"The half lives of these two isotopes are such that you can't make them in bulk and put them on a shelf," he said. "They're both short-lived, so the production has to be continuous."

NorthStar can currently meet about 20 percent of the domestic demand for molybdenum-99, according to the National Nuclear Security Administration. When the new facility is up and running, it will be able to meet almost 40 percent of U.S. demand.

"We're going to have a significant increase in our capability to produce molybdenum-99, which will allow us to potentially serve a much greater portion of the total market," Harvey said.

The increased capacity will help alleviate supply shortages that hit the health care industry in November, according to Harvey.

Although NorthStar was able to ramp up production to serve its customers during the shortage, the rest of the market wasn’t as lucky, he said.

"The market suffered major shortages from the current suppliers," he said. "Unfortunately, there were patients that might have gone without their diagnostic scans, i.e., they had to be rescheduled to a later time."

At the facility, NorthStar will use a new method to produce the isotope that uses an electron accelerator. 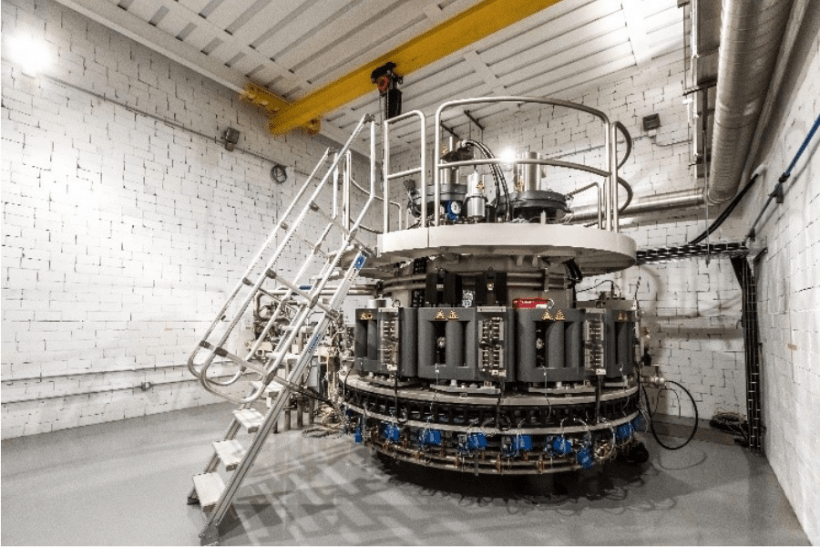 This electron accelerator will be used for molybdenum-99 production at NorthStar’s newly completed facility. Photo courtesy of the U.S. Department of Energy

Officials say the Beloit production location will be the first in the world to use that technology for molybdenum-99, and it also includes new equipment for packaging and distributing the isotope.

While NorthStar has been producing molybdenum-99 since 2018, the United States had no capability to produce the isotope domestically for many decades, Postman said.

"The United States uses about half of the global supply of molybdenum-99," he said. "But for most of the last 30 years, we didn't have the capability to produce any of that material domestically."

In fact, NorthStar became the first American company in almost 30 years to produce molybdenum-99 without highly enriched uranium domestically in 2018.

"We just recently passed not only our four-year history of reliable supply to the market, but also we passed another milestone of more than 200 production runs in the past four years," Harvey said. "We're very proud of what we're doing."

Postman said increasing domestic production of molybdenum-99 is crucial because it will help shore up supply and make the U.S. a global leader.

"You could think of molybdenum-99 as the ultimate perishable good," he said. "If you produce a batch of molybdenum-99, and you wait a little less than three days, about half of that material will have been lost due to radioactive decay."

Federal regulators must still approve the new method the facility will use to produce the isotope.

"The task now is to go through and generate the data we need to submit to the FDA (U.S. Food and Drug Administration) for approval to start using the equipment to sell material to our customers," Harvey said. "Because it involves human patients, it requires FDA approval."