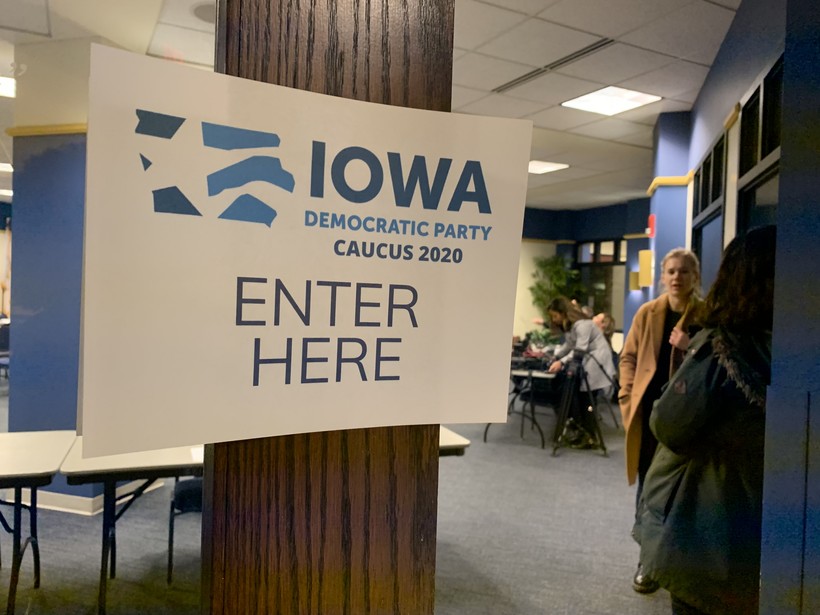 Satellite Caucus Was For Iowa Residents Living In Wisconsin
By Alana Watson
Share:

The Iowa Democratic Party allowed registered Iowa Democrats to participate in the first-in-the-nation satellite caucuses. The caucuses gave Iowa Democrats who couldn't attend their precinct caucuses the chance to caucus in 24 out-of-state and three international satellite locations. Those include Wisconsin, Illinois, Florida and Tennessee, as well as in foreign countries like France and Scotland.

Steven Wallace represented Klobuchar during the Milwaukee caucus. Wallace and his wife were Klobuchar's classmates in college.

"This is something like ranked voting," Wallace said. "So, we are here to tell Amy's story, to advocate for her, persuade people who are undecided if she's a second choice and to welcome those for those who Amy is their first choice."

During the first round, two people voted for Klobuchar, two people for Sanders and three people for Warren. Milwaukee's caucus lasted less than 20 minutes.

Ashlie Benson, a Warren representative, said winning by one vote is significant for Iowa and Milwaukee.

"Seeing that third person go to Elizabeth Warren made me so excited because there are a lot of people who are loud, but that doesn't mean that is going to be the one that shines, and I really enjoyed seeing Elizabeth Warren shining tonight."

Evan McCarthy was one of the three people who voted for Warren. He said the caucus in Milwaukee was nothing compared to an Iowa caucus, which could last for hours.

"I wasn't expecting it to go that way," McCarthy said jokingly. "I was sort of expecting that I'd be the only person, but I was pleased. I was also pleased to see people vote for Bernie and I like Amy Klobuchar, too. I think that she would be a great (vice presidential) pick for someone like Bernie or Elizabeth Warren."

The application to hold a caucus in Milwaukee was coordinated and submitted by the College Democrats student organization at Marquette University.

The Iowa caucuses are seen as strong indicators for how a presidential candidate will do through the party's primary season.