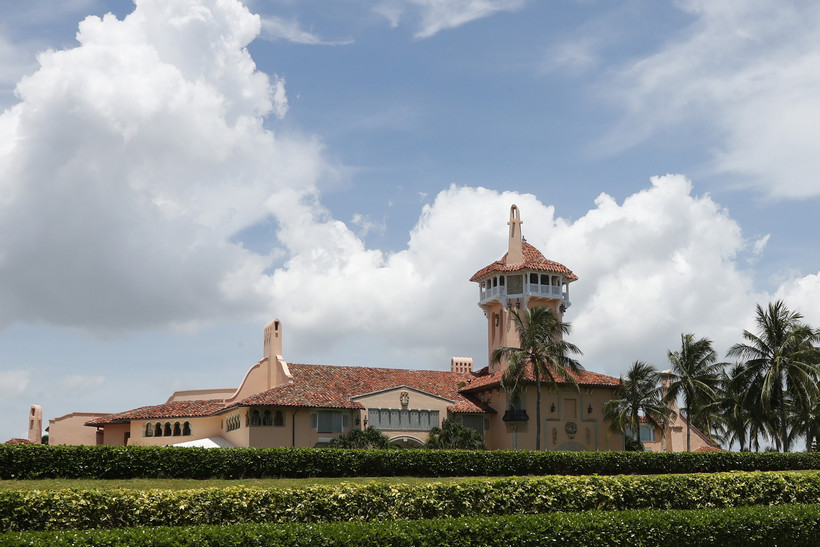 The Mar-a-Lago estate on July 10, 2019, in Palm Beach, Fla. Former President Donald Trump says the FBI is conducting a search of his Mar-a-Lago estate. Spokespeople for the FBI and the Justice Department did not return messages seeking comment Monday, Aug. 8, 2022. Wilfredo Lee/AP Photo

Two conservative Wisconsin members of Congress are among 18 Republican signatories to a letter declaring their intention to investigate the FBI’s raid on the home of former President Donald Trump.

Reps. Tom Tiffany and Scott Fitzgerald signed onto letters sent to FBI director Christopher Wray, Attorney General Merrick Garland and White House Chief of Staff Ron Klain demanding records related to the execution of the search warrant against the former president. The letters, dated Monday, ask the officials to turn over "all documents and communications referring or relating to the execution of a search warrant on President Trump’s residence" as well as information on the use of confidential sources in connection with the FBI’s investigation.

The unsealed warrant for the Aug. 8 search of Trump's Mar-a-Lago estate authorizes officials to seize documents including classified materials and national defense information. But the raid has outraged Trump allies among right-wing media and GOP elected officials.

The letters are signed by Ohio Rep. Jim Jordan, the ranking Republican member of the House Judiciary Committee. Fitzgerald and Tiffany are part of that committee.

Garland defended the search in remarks last week, saying he personally signed off on the warrant and that "faithful adherence to the rule of law is the bedrock principle of a Justice Department and of our democracy."

Because the House of Representatives is controlled by Democrats, the GOP Judiciary Committee members have limited power to launch a full investigation of the raid; they cannot subpoena the documents they have demanded. But House Minority Leader Kevin McCarthy has pledged to do so if Republicans retake the House in November’s elections.

Trump wrote on his social media site of federal authorities that "ALL THEY HAD TO DO WAS ASK." But multiple news media outlets have reported that Trump’s lawyers said the former president had returned all government documents, which appears not to have been the case.

In the days after the raid, police fatally shot a Trump supporter who tried to enter an FBI building in Ohio and shot at officers. That man had expressed outrage online at the execution of the warrant.