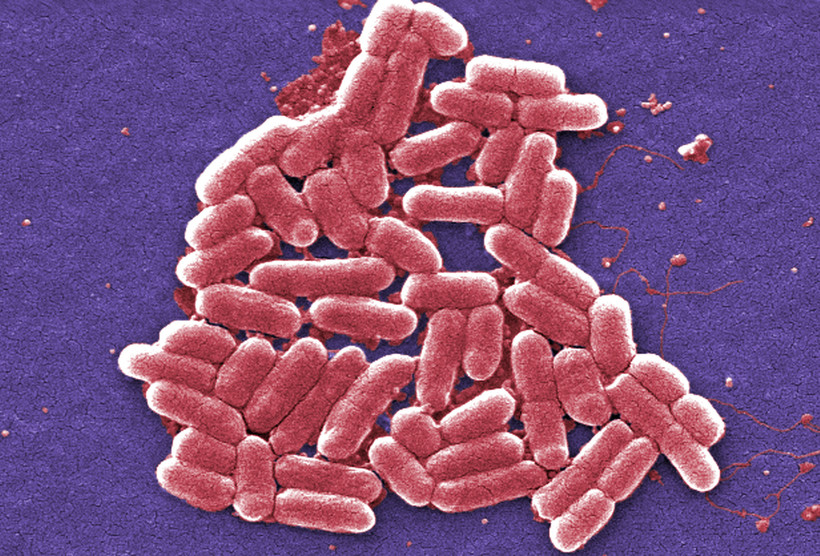 This 2006 colorized scanning electron micrograph image made available by the Centers for Disease Control and Prevention shows the O157:H7 strain of the E. coli bacteria. AP Photo

The Wisconsin Natural Resources Board unanimously approved a statement of scope and public hearing Wednesday, kicking off a two-and-a-half year process to develop standards for E. coli. The state Department of Natural Resources will develop a rule to replace the existing groundwater standard for total coliform bacteria, which would become an indicator of whether E. coli is present in groundwater.

"The intent of these rules is to protect you when you're drinking water at your home to avoid some of the violent illness and occasionally life-threatening effects that can happen from ingesting bacteria," Bruce Rheineck, the DNR’s groundwater section chief, said.

Some types of E. coli bacteria can cause short-term stomach illnesses, such as diarrhea, nausea and vomiting. In severe cases, E. coli can lead to kidney failure and hepatitis.

The Wisconsin Department of Health Services recommended groundwater standards for 27 substances in June 2019. The list included recommended limits for the two most common types of harmful, so-called forever chemicals known as PFAS, as well as E. coli bacteria, trichloroethylene, hexavalent chromium and other substances.

In February, the board rejected groundwater standards for E. coli and other substances when it declined to set groundwater limits for PFAS, which have been found in public and private wells across the state. They’ve been linked to serious health issues like kidney and testicular cancers, and PFAS don’t break down easily in the environment.

Republican state Sen. Steve Nass, who co-chairs the Legislature's Joint Rules Committee, requested a preliminary hearing in March about the proposed rule before the agency could begin crafting standards for the bacteria.

The state’s largest business lobby Wisconsin Manufacturers and Commerce, the Wisconsin Paper Council, and the American Chemistry Council asked the DNR to clarify that only standards for E. coli are being sought this round in comments submitted to the agency as part of that hearing. They highlighted "numerous concerns" with the proposed regulations voted down by the board in February.

"Our concerns included — but were not limited to — the Department’s statutory authority for the rule, the rule’s compliance costs, and the scientific justification for the standards included in the rule," the groups wrote.

The DNR anticipates the economic impact of the proposed standard on small businesses would be minimal, and the agency expects savings through avoided health and drinking water treatment costs as part of efforts to reduce or eliminate pollution.