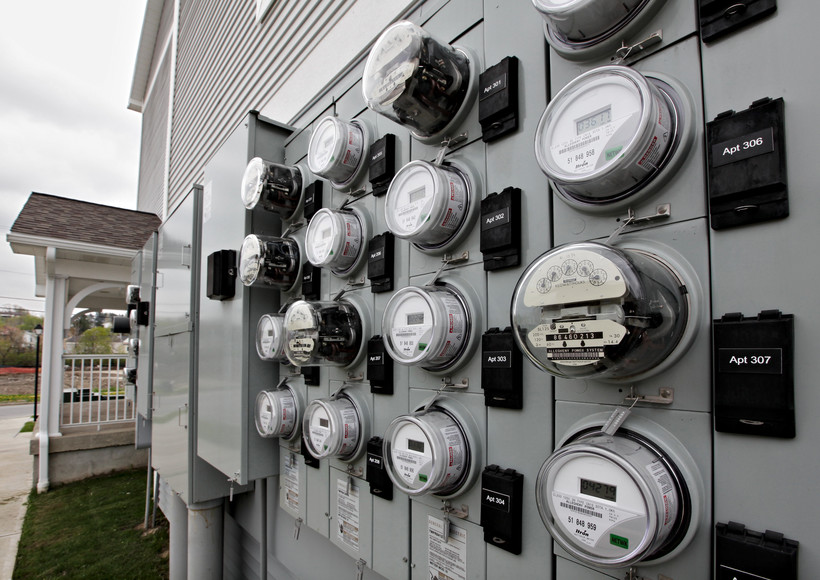 Electric bills are rising for We Energies, Wisconsin Public Service customers. The same is true for other major utilities.

Millions of people across Wisconsin will see higher electric bills this year as utilities face rising costs and make significant investments across their systems.

We Energies and Wisconsin Public Service, or WPS, drew heat from community groups and residents last year for raising rates at a time when inflation soared to record heights. Residential customers of We Energies will pay $12.81 more per month on electric bills — an increase of 11.4 percent. WPS customers will pay $9.26 more on their monthly electric bills, up 9.4 percent.

Brendan Conway, a spokesperson for the utilities, said they raised rates in light of increasing costs due to inflation, clean energy projects and plans to increase the resiliency of its system in the face of extreme storms.

"Long term, we expect that our clean energy investments, closing our fossil fuel plants, will end up actually saving customers about $2 billion over 20 years," Conway said. "But, as these projects get approved and start to come online and go into rates, it starts to show up in those early years. And the savings then show up in later years."

While the two utilities have met intense scrutiny from lawmakers, citizens and utility regulators, they’re not the only ones that are raising rates.

"The bulk of that is linked to the fuel cost increases," Content said.

Content said the increase in natural gas prices over the last year has created a "double whammy" for customers through higher home heating costs and increased fuel costs that are now reflected in their electric bills.

"I think (Madison Gas and Electric) and We Energies are at the top among the five utilities," he said.

Recent data from the U.S. Energy Information Administration indicates that may be changing. The average charge for residential customers is 16.19 cents per kilowatt-hour in Wisconsin through October of last year. That’s still lower than the Midwest average, but slightly higher than the national average.

While rates are high, the commission said average monthly electric bills are largely lower than other states due to lower energy use. Wisconsin had an average monthly bill of $100.18 for residential customers in 2021 while ratepayers in nearby states paid an average of $109.55 each month, according to federal data. Nationwide, monthly electric bills averaged around $121.

Conway said data from the federal energy agency for the first 10 months of last year indicates monthly electric bills have grown to a nationwide average of nearly $139. He said that’s driven by higher natural gas prices.

"Our typical electricity residential customer is going to be below the national average in line with kind of other peers in the Midwest," Conway said.

Alliant spokesperson Tony Palese said the utility has seen more volatility with fuel costs in the last year due to Russia’s war in Ukraine, increased demand and lower than normal fuel reserves.

"One of the ways that we're working to manage those costs and to really deliver more cost-effective energy is through our development of renewable sources," Palese said. "In just the past few months, we've brought 250 megawatts of solar online that added zero fuel cost energy that long term is really going to help avoid some of that volatility we see with traditional fossil fuel costs."

Utilities can’t control prices on the natural gas market. That’s why customer advocates zeroed in on profits in rate cases for WPS and We Energies. The Public Service Commission reduced profit margins for the two utilities from 10 percent to 9.8 percent, providing ratepayers with around $23 million in savings this year and next.

In the short-term, Content said customers are ready for a break, but he expects costs will continue to climb.

"Our expectation is that all five utilities will be back in front of the PSC, looking for increases that would take effect in January 2024," Content said.

For We Energies and WPS, the commission allowed them to come back for a limited rate increase tied to clean energy projects and costs tied to paying off investments in pollution controls at the South Oak Creek coal plant that’s set to be retired in 2025.

In the meantime, utilities and ratepayer advocates are urging customers to seek out energy assistance that’s available from state programs like Focus on Energy or through incentives under the Inflation Reduction Act.

Editor's note: Alliant Energy and the Citizens Utility Board are underwriters of Wisconsin Public Radio.