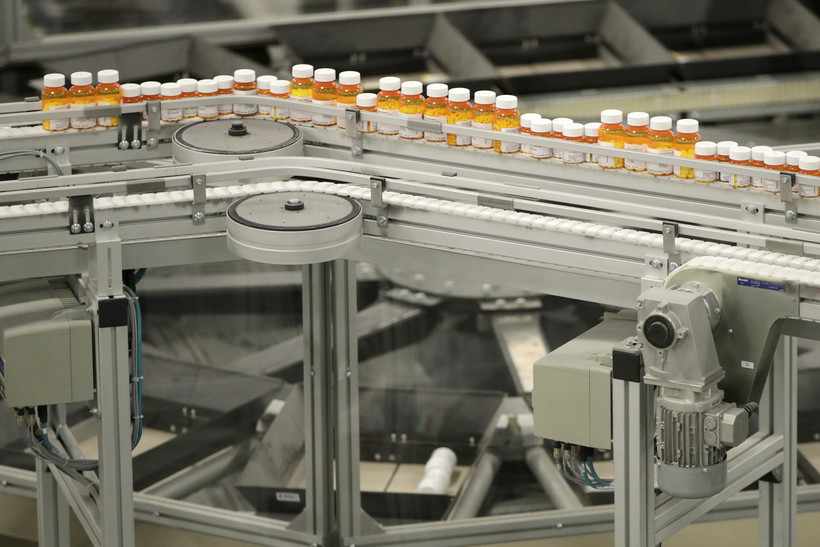 In this July 10, 2018 file photo, bottles of prescription medicines ride on a conveyor belt at a pharmacy warehouse in Florence, N.J. Julio Cortez/AP Photo

Proposal Slated To Be Voted On By Full Assembly Aims To Lower Prescription Prices, Make Them More Transparent
By Shamane Mills
Share:

Wisconsin and other states are taking action to try to lower the cost of prescriptions. And pharmacy benefit managers continue to be in the cross hairs of lawmakers who are getting pressure to control rising drug prices.

Pharmacy benefit managers, or PBMs, negotiate prices with drug manufacturers on behalf of insurers. They also process claims and keep a list of what drugs will be covered by insurance.

According to the National Academy for State Health Policy, 114 bills regulating pharmacy benefit managers are working their way through legislatures across the country.

A bipartisan bill sponsored by Rep. Michael Schraa, R-Oshkosh, and Sen. Jon Erpenbach, D-West Point, is scheduled to be taken up Tuesday by the Wisconsin Assembly after getting committee approval Thursday.

While the vote Thursday to send the bill to the full floor for a vote was unanimous, some Democrats objected, saying the bill had been watered down with amendments.

"I thought the bill we had originally provided the most consumer protections and the most protections for our small pharmacies," said committee member Rep. Deb Kolste, D-Janesville.

Groups that sought to protect patients from what they say are harmful practices by PBMs are behind the bill and hope it becomes law.

"It moves the ball forward. It puts us in a better place than we are now," said Rob Gundermann, president and CEO of the Coalition of Wisconsin Aging and Health Groups.

Drugmakers have generally faced most of the criticism for high drug prices. Their trade group, the Pharmaceutical and Research Manufacturers of America, or PhRMA, has tried to deflect consumer frustration by pointing to the role PBMs play in the distribution chain.

In a 2017 report, drugmakers contend one reason it seems as if the costs of medicines are going up dramatically is because discounts and rebates provided by brand manufacturers do not flow directly to the patients taking the medicine but are instead given to health plans.

Insurers often use the rebates and discounts they receive to help reduce the cost of health plans or premiums, though they are not required to do so.

The Wisconsin bill is designed to add transparency to the process by regulating PBMs under the Office of the Commissioner of Insurance. The proposal would also allow pharmacists to tell customers about cheaper options, including paying cash if their insurance co-payment is larger. Currently, many PBMs prevent that with so-called gag rules. More than half the states in the United States have laws against gag rules.

"Elimination of the gag clause is really important," Gundermann said.

Additionally, under the bill there would be fewer instances where PBMs could deny a claim. PBMs could still change their list of approved drugs throughout the year, a practice consumer groups had hoped to end. If the PBM substitutes one drug for another, under the bill it would have to give health insurers and customers 30 days notice.