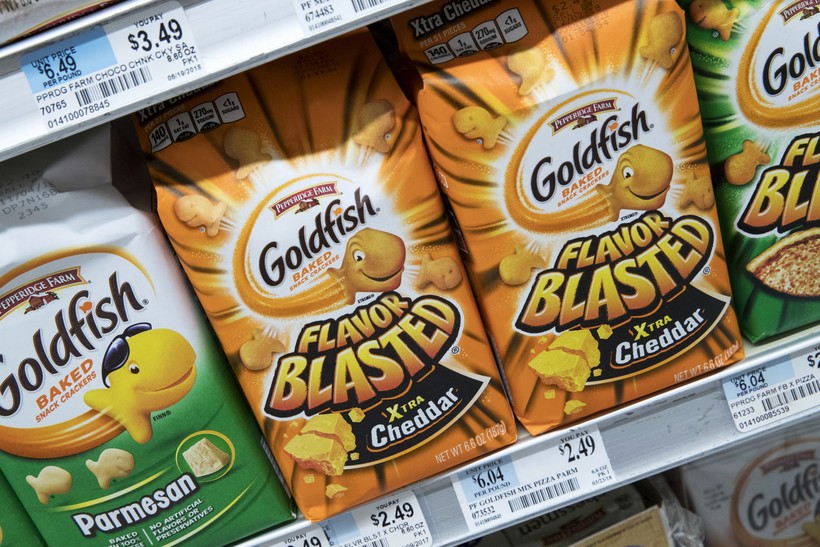 Federal Officials Say No Cases Of Illness Have Been Reported So Far
By Hope Kirwan
Share:

Goldfish crackers and Ritz Bitz are some of the products that have been recalled after salmonella was found in an ingredient from Wisconsin.

Associated Milk Producers, Inc. issued a recall for dry whey powder produced at their plant in Blair during May and June.

Routine testing found some of the powder tested positive for salmonella, a bacteria that can cause fever, diarrhea or more serious infections in children and the elderly.

The powder isn't directly sold to consumers, but it is used as an ingredient in foods. So far, several varieties of Goldfish, Ritz Bitz, Swiss rolls and bread have been voluntarily recalled.

AMPI declined a request for an interview. In a statement, the cooperative said all of the products that were shipped into the marketplace tested negative for the bacteria.

AMPI has stopped production at the Blair plant and is investigating the cause of the contamination.

A statement from the U.S. Food and Drug Administration said the agency is investigating the potential contamination. No cases of illness associated with the recalled products have been reported.