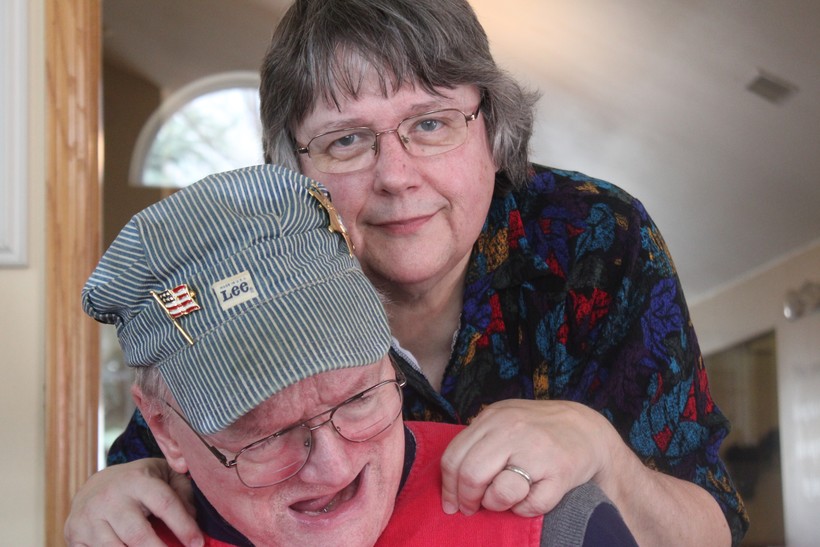 In Wisconsin, Culture And Race Factor Into Elder Care

There are around 30,000 people in Wisconsin nursing homes, but according to census data and information from the state Department of Health Services, different segments of the population use nursing homes at very different rates.

Bob Scorgie recently celebrated his 40th anniversary with his wife, Lois, at Azura Memory Care in Eau Claire, where he has been living for the past 10 years. Lois Scorgie said he was diagnosed with dementia when he was 60 years old.

“There came a time when he was in the hospital a great deal and he fell so much that I was told that he should have a home to live, instead of at home,” she said.

Scorgie said it’s hard not having her husband at home, but with Bob’s physical and medical needs taken care of, she can spend more time doing things the things he loves with him, like singing.

Bob is one of the 3.2 percent of white Wisconsin residents over the age of 65 that live in nursing homes. In the year 2000, that figure was 5.2 percent — but as families have turned to assisted living facilities and homecare options, the nursing home utilization rate among elderly whites has fallen.

Other groups, like elderly Asian-Americans, have also seen a decline in nursing home use, albeit on a smaller scale. In 2012, only 1.1 percent of Asian people over the age of 65 lived in nursing homes.

Pa Thao, the executive director of the Eau Claire Hmong Mutual Assistance Association, said she's not surprised by the numbers. She said Hmong tradition holds that elders should stay home and be cared for by their children.

That tradition is changing. Thao said while it’s still a taboo to send an elder to a nursing home, they seem to want more independence.

“We’re seeing that there is a trend where the older parent just wants their own space, and not so much to be in a big household with their kids or their grandkids,” said Thao.

“We’ve finally got the opportunity to afford for our elders,” said Wilber. “ I think that’s a big thing. I know (in) our tribe, we’ve got our tribal aging units. They get nurses, doctors.”

While the overall nursing home population in Wisconsin has declined in the last 10 years, the Department of Health Services says it's plateauing. And, with close to 19 percent of the state over the age of 65, they expect demand for nursing home care among all ethnic groups to increase.

Editor's Note: This is the fourth in a six-part series on aging and elder care in Wisconsin.