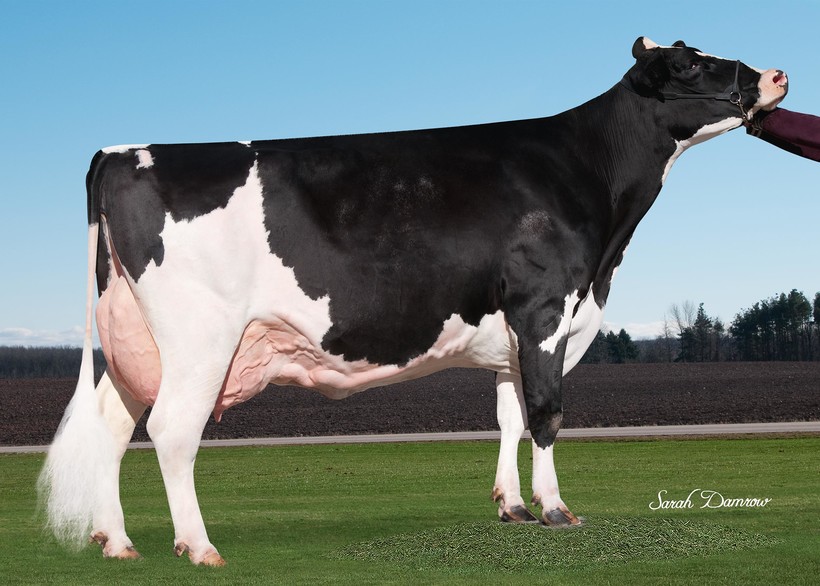 My Gold, a Holstein from Ever-Green-View Farms in Waldo produced 77,480 pounds of milk last year.

Like A Star Athlete, Genetics And Training Are Everything For This Top Producer
By Hope Kirwan
Share:

A Wisconsin cow has broken the national record for milk production in a year.

My Gold, a Holstein from Ever-Green-View Farms in Waldo produced 77,480 pounds of milk last year. That's more than three times what an average Holstein produces.

But in a way, My Gold was born for greatness. Her mother, called My 1326, held the previous world record for eight years before losing the title last year.

Tom Kestell, co-owner of Ever-Green-View Farms, said My Gold has the genetics to be a star producer.

"It's just like watching Usain Bolt run the 100-yard dash: it's not hard on him. He just does it," Kestell said. "It's just something that these cows are bred to do and if everything falls in place, then they express that ability."

But like a top athlete, Kestell said it takes more than just great genetics to break world records.

"They have to eat well, they have to 'train' well, but you have to keep in peak condition," Kestell said. "And it's very important that their environment is conducive to them reaching their genetic potential."

The previous production record of 74,650 pounds of milk was set last year by a cow named Gigi at Bur-Wall Holsteins in Brooklyn.