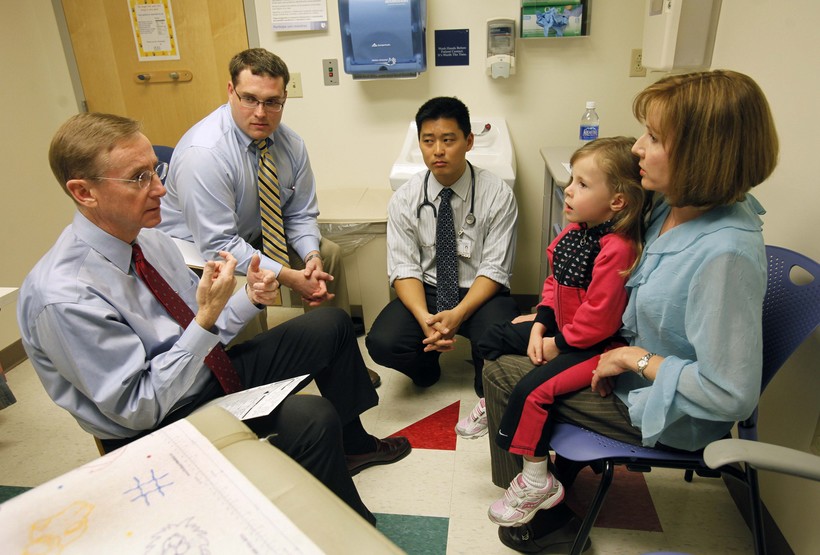 Two congressional members from Wisconsin have introduced a bill designed to train more doctors in the state — in the hopes they’ll stay.

"This bill is aimed at addressing something we’ve known for a long time — that rural areas like northeast Wisconsin need more doctors," said Republican U.S. Rep. Mike Gallagher in a statement.

Gallagher and U.S. Rep. Ron Kind, a Democrat, are proposing to amend what they call an outdated Medicare rule which limits graduate medical education funding.

By removing the current residency caps, hospitals could be eligible for additional funding to expand their residency programs — something that could encourage more medical students to stay in the state, versus moving elsewhere to continue their education.

"As I travel across western and central Wisconsin, I often hear about the challenges rural hospitals face recruiting and retaining high quality doctors," Kind said in the joint statement.

Wisconsin is predicted to have a shortage of more than 700 primary care doctors by 2035, according to a report by the Wisconsin Council on Medical Education & Workforce.

This estimate takes into account measures already implemented by the state’s two medical schools to increase the pipeline of future doctors. For instance, the University of Wisconsin-Madison School of Medicine and Public Health has a program called the Wisconsin Academy for Rural Medicine where students receive training through regional medical centers based in Green Bay, Marshfield and La Crosse.

Meanwhile the Medical College of Wisconsin in Milwaukee has satellite campuses in central Wisconsin and Green Bay.

"So we have to celebrate the progress we have made. But at the same time the impact of baby boomers retiring and an aging population that means our work is by no means done. This really needs to be a priority," said Tim Size executive director of the Rural Wisconsin Health Cooperative.

This isn’t the first time there’s been discussion of changing the Medicare rule on medical resident training, which penalizes hospitals that can’t get a residency training program ramped up quickly.

For example, Size said a hospital might temporarily train a new doctor to help another facility but then find they’re unable to expand residency training in the future because funding is tied to the smaller training levels.