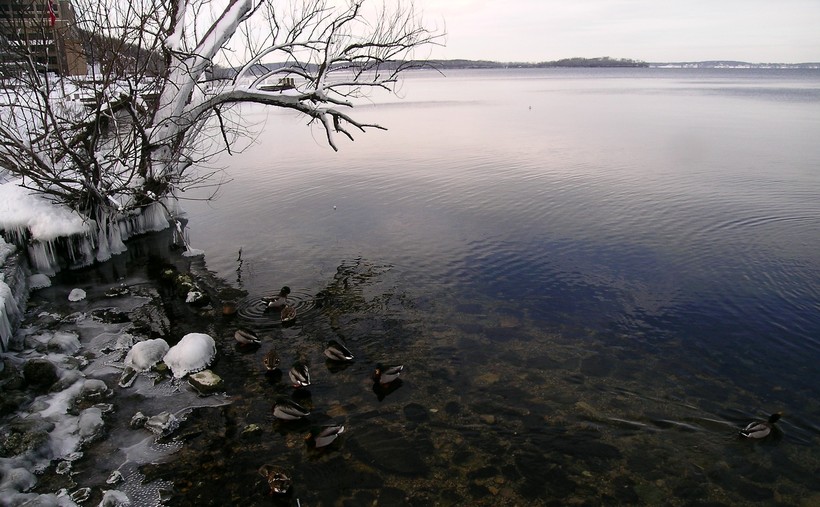 Dane County's largest body of water - Lake Mendota- is currently frozen, but County Executive Joe Parisi that its thaw is a bellwether of climate change. The lake's 9,800 acres melt sooner than they used to: "150 years ago, Lake Mendota stayed frozen for approximately four months. Today it's down to three months."

To prevent climate change from becoming catastrophe, Dane County is starting a task force to assess community readiness for heat waves, droughts and flooding. Other places, like Superior, Green Bay and La Crosse, are too. Amy Peterson is a city planner for La Crosse: "Some of the things that community members brought up [were] flooding, tornadoes, [and] the effects on human health and property."

Another concern is heat waves, the biggest weather-related killer in the state and the United States. David Liebl is with the Wisconsin Initiative on Climate Change Impacts. He says predictions show the number of days exceeding 90 degrees will increase statewide.

"So we're very concerned that vulnerable populations - the elderly, the ill, folks that don't have air conditioning - need to have, for example, cooling shelters that they can go to during periods extreme heat."

The Dane County council on climate change is expected to have a report ready by September. The council will recommend ways to deal with a climate that scientists say could change more rapidly than some plant or animal species can adapt.