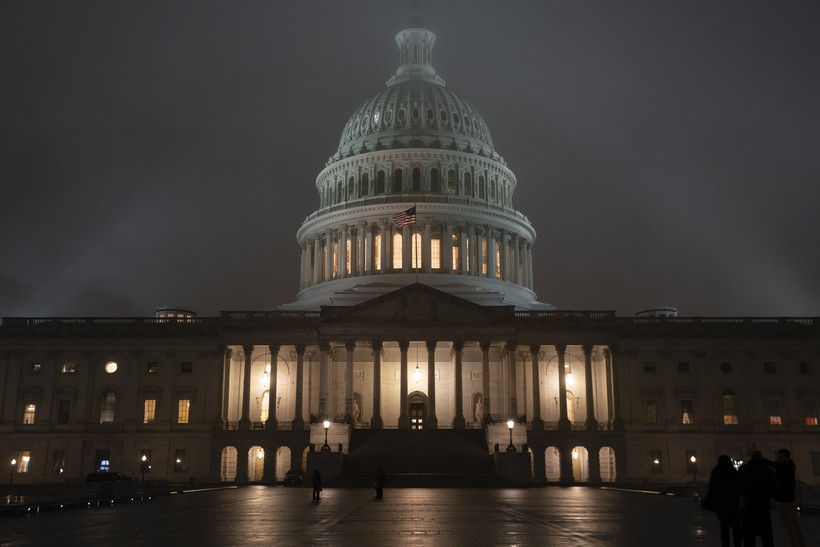 Colleges and universities in Wisconsin are still evaluating how $23 billion in aid included in the latest federal COVID-19 stimulus package might help them deal with hundreds of millions of dollars in unexpected costs incurred during the pandemic. Higher education leaders and advocates say the federal funds will help, but more is needed.

The U.S. Senate and House of Representatives approved a $900 million coronavirus stimulus package Monday night, which was attached to an omnibus federal spending bill funding the federal government. The 5,593 page bill now heads to President Donald Trump. Trump's administration was involved in negotiations between Democrats and Republicans in Congress but on Tuesday the president released a video message where he railed against the package, saying direct payments to individuals should be increased from $600 to $2,000.

Despite the last minute shake-up from Trump, higher education officials and advocacy groups are still parsing how the $23 billion in federal assistance could help colleges and universities cope with significant revenue losses and unexpected costs driven by the COVID-19 pandemic.

The latest stimulus is nearly twice the size of the $12.5 billion earmarked for colleges and universities in the federal coronavirus relief bill passed this spring. But it's well below the $120 billion requested by national college and university advocacy groups in December.

Wisconsin Association of Independent Colleges and Universities President Rolf Wegenke told WPR he and member institutions are still analyzing what the $23 billion in federal aid for higher education will mean for local institutions.

"I think there is a significant impact here," said Wegenke, "and we're hopeful for another bill coming up in January to fill gaps."

Wegenke said Wisconsin's 23 private colleges and universities have incurred around $245 million in unexpected costs and revenue losses this year due to COVID-19. He said those include revenue losses from housing and dining refunds issued to students this spring when campuses shut down, and lost tuition revenue from students who dropped out this year.

Wegenke said early reads on the higher education stimulus provisions suggest colleges and universities will get some more flexibility to spend leftover money from the initial stimulus passed earlier this year.

In particular, Wegenke said the earlier legislation provided direct aid to colleges and universities to purchase COVID-19 tests for students and staff "but in essence, they had two months to not only purchase the equipment, but to administer the tests."

"But this legislation ... gives us until the end of 2021 to expand and document those funds for reimbursement," said Wegenke. "So, it's an improvement."

"The UW System has faced extraordinary financial challenges during this pandemic while successfully providing students an on-campus experience, including increased costs, significant state budget reductions and employee furloughs," Thompson wrote. "We are appreciative of these federal funds to help make up for the net $257 million loss so far in this year alone.”

The $900 billion federal stimulus legislation approved Monday night is part of a much larger $1.4 trillion federal budget. Tom Harnisch is the Vice President for Government Relations with the State Higher Education Executive Officers Association. He said taken as a whole, the package includes other reforms long sought by colleges and universities.

He said the federal spending bill increases the maximum amount for federal Pell grants for students from low-income families by $150, eliminates a 1994 provision blocking most prison inmates from getting Pell grants, forgives federal loans incurred by Historically Black Colleges and Universities, and eliminates a ban on people with drug charges from applying for federal student aid.

The omnibus bill would also simplify the Free Application for Federal Student Aid (FAFSA) form, said Harnisch, which will make it easier for students from low-income families to get aid to attend college.

"So, that is a huge step in the right direction because it lowers the number of questions from 108 to 36," said Harnisch. "And the FAFSA has been such a barrier for so many students for so long."

Harnisch said while the federal stimulus funding and higher education reforms will help colleges and universities, his group is already working with Congress to provide federal assistance to state and local governments in hopes of tempering potential future cuts to higher education.