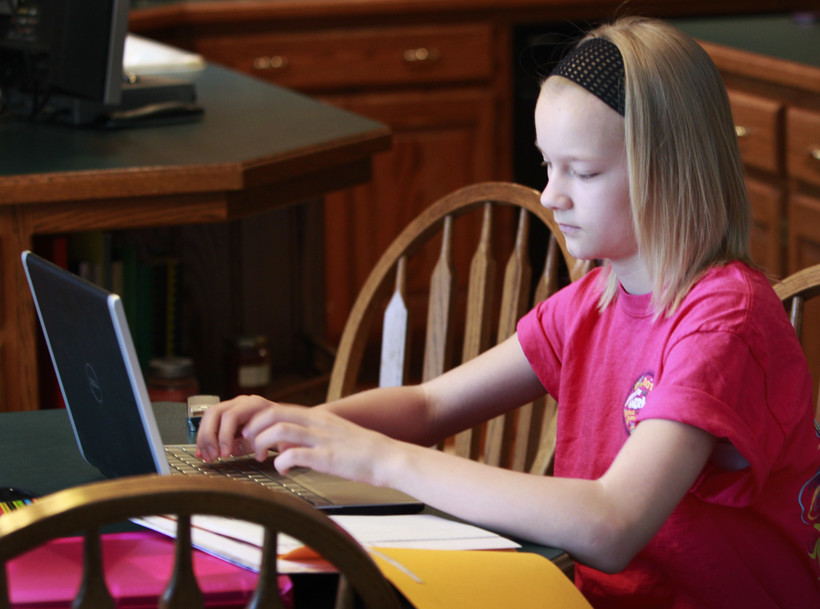 In this April 8, 2011 photo, Cameron Mottet makes up a missed snow day in the kitchen of her home in Parkville, Mo. Orlin Wagner/AP Photo

This year's winter weather caused scheduling troubles for Wisconsin educators, and now it's causing legal ones.

School Choice Wisconsin Action, an organization for private schools in the choice program, is suing Wisconsin's Department of Public Instruction and state superintendent over what they say is discrimination against private schools.

SCWA said treating private schools differently violates both state law and the equal protection guaranteed by the state's constitution. It also alleges that DPI has violated the Walker-era REINS law, which requires state agencies to seek legislative approval for rules that carry the weight of law.

"For DPI to make a determination that private schools cant use virtual learning, they need to put that in rule-making," said Libby Sobic, director of education policy for the Wisconsin Institute for Law and Liberty, which is representing SCWA in court. "Instead, DPI made this decision internally and sent out this email basically closing the door for private schools to be able to use virtual learning, and that is unfair and wrong and we think that's illegal."

Sobic said WILL brought their concerns to DPI's attention in February before filing the lawsuit. DPI responded a week later, saying that they had done all they could barring a change in the law.

A DPI spokeswoman said by email that when it comes to crediting virtual hours for class time lost due to inclement weather, state law explicitly limits their authority to public schools.