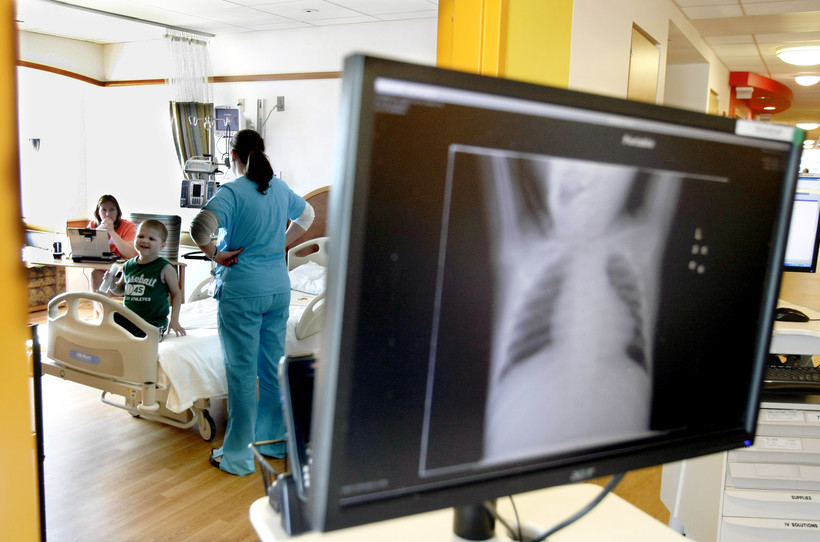 Department Of Health Services: It Can Continue To Operate BadgerCare Plus As Is Through April 2018
By Brady Carlson
Share:

State health officials say the expiration of the federal Children's Health Insurance Program, or CHIP, won't affect Wisconsin children and families in the near term.

The program provides health coverage to families that make too much money to qualify for Medicaid but don't make enough to afford private insurance.

CHIP funded coverage for more than 171,000 children in Wisconsin during fiscal year 2016 through the BadgerCare Plus program, according to Medicaid statistics.

The state Department of Health Services said in a statement Tuesday that Wisconsin has enough funding from CHIP to continue operating the BadgerCare Plus insurance program through April 2018.

After that, the state would pay for the coverage out of its general fund, a cost DHS estimates at $134 million through the end of the current state budget.

"Wisconsin will not allow children to fall through the cracks. This population will continue to be eligible for BadgerCare, if CHIP is not reauthorized, but it would create a significant hole in the state’s Medicaid budget," the DHS statement reads.

Wisconsin child health advocates are among those calling on Congress to reauthorize CHIP. Congress let the funding lapse over the weekend while Republicans focused on repealing and replacing the Affordable Care Act.

Congress usually reauthorizes the program's funding with broad bipartisan support, said Dipesh Navsaria, associate professor of pediatrics at the University of Wisconsin School of Medicine and Public Health, and vice president of the Wisconsin chapter of the American Academy of Pediatrics.

"I think to a certain extent we still expect that Congress will go ahead and reauthorize this," Navsaria said. "However, so much of what has happened in the last few years in our federal government has not been the normal. So it's hard to know what to expect."

Navsaria said most states anticipated CHIP funds in their budgets, and that the longer Congress waits to reauthorize the program, the more they will act to head off additional health costs.

"States will start to say, 'We don't want to be on the hook for this, we can't plan, we can't budget,'" he said. "Therefore they may start to restrict re-enrollment or renewals, or those sorts of things. So it creates an immense amount of uncertainty."