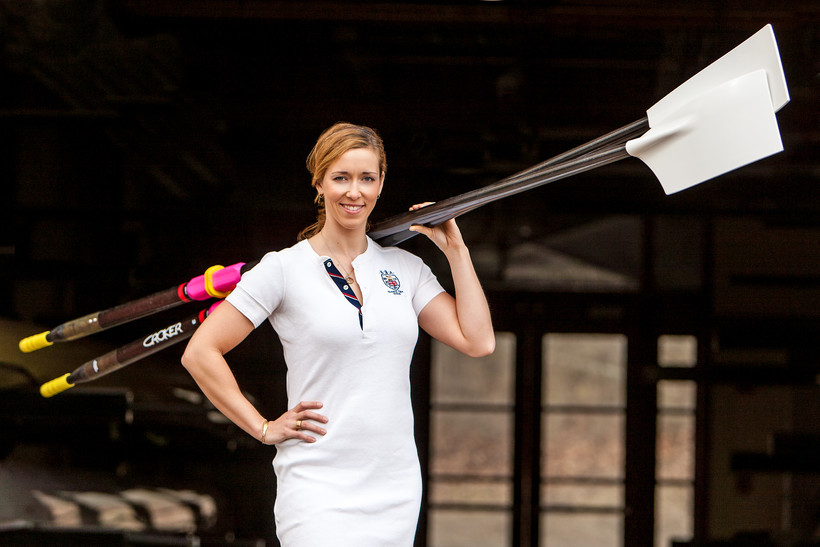 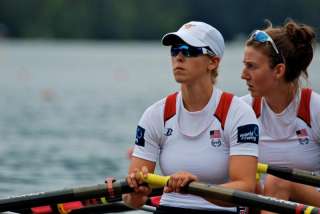 Wisconsin-born rower Megan Kalmoe is headed to her third Olympics. She’s a veteran, an elite rower on the U.S. women’s national rowing team and a bronze medalist at the 2012 Olympics in London. She was twice named U.S. Rowing’s Female Athlete of the Year -- in 2014 and 2015.

With that record, you might think the St. Croix Falls native had been rowing her whole life. But Kalmoe stepped into the boat for the first time in 2002 as a student at the University of Washington.

"I really learned everything I knew about the sport from that first couple of months at the University of Washington," Kalmoe said. "They sat me in a boat and gave me an oar and said, 'here you go.' And that was it."

Walk-ons aren't unusual in rowing. Kalmoe said that many schools look for students with athletic skill and strength to try out for rowing. She fell in love with the sport.

But even then, Kalmoe didn’t know that rowing would become her life. During her senior year, her coaches saw potential in the young rower and told her she might have what it takes to row on the national level.

"It wasn’t something where I was learning how to row and thought, 'oh I’m going to go to the Olympics from here,'" said Kalmoe. "I definitely didn’t think when I left Washington that I was going to row at three Olympics."

Kalmoe said she was born at a great time for women’s rowing. Female rowers were instrumental in pushing for equality in collegiate sports in the 1970s. Then, in the 1984 games in Los Angeles, the U.S. claimed gold in the Women’s Eight for the first time ever.

"It was a really big deal because a lot of those women were either directly involved in the Title IX movement or came immediately after," said Kalmoe.

Kalmoe now lives in New Jersey where she splits her time between the Princeton University boathouse and the U.S. Rowing team training facility. She primarily races the quadruple sculls – or four person boat. She trains year round. Three practices per day as she prepares for the Olympics.

It’s rare to find a rower of Kalmoe’s age still competing on the national level. The lifestyle is bare bones -- the United States Olympic Committee is the world’s only Olympic governing body in a major country that’s not funded by the government -- so Kalmoe and her teammates are just scraping by. The sport is also incredibly hard on the body. Kalmoe counts herself lucky for staying healthy after a decade of elite rowing.

For those and other reasons, Rio is Kalmoe’s last Olympics. She’s looking forward to it being her last games.

"I’m fairly confident this is my last games. It just changes the stakes a little bit," said Kalmoe. "I’m looking forward to seeing what we can do for my last shot."