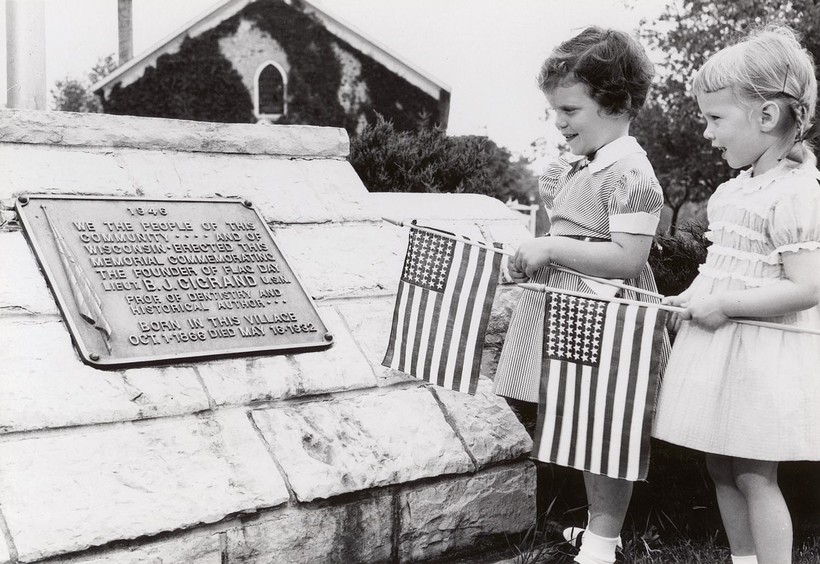 Two young girls hold American flags next to a plaque honoring Bernard J. Cigrand in Waubeka, Wisconsin, around 1949 as part of a Flag Day commemoration.

The Wisconsin Beginnings Of Flag Day 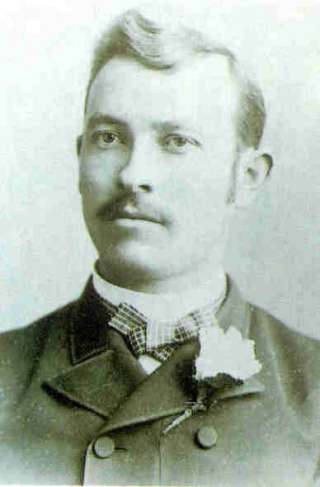 June 14th is Flag Day, a national observance of the United States flag. The tradition began in Wisconsin in the 19th century after Bernard J. Cigrand observed the first Flag Day in his classroom at Stony Hill School in Fredonia on June 14th, 1885.

Cigrand's students wrote essays on the meaning of the flag, and the following year, Cigrand made his first public proposal for the holiday in an article in the Chicago Argus. But Cigrand didn’t stick with teaching, he became a dentist in Illinois, but he did stick with the flag, advocating for a national observance of the flag for decades.

The son of Luxembourg immigrants, Cigrand was born Oct. 1, 1866 in Waubeka in Ozaukee County. He became interested in American history as a child, and worked a number of jobs, including teaching and selling books to support his family and pay his way through dental school.

The date chosen for Flag Day commemorates the adoption of the U.S. flag. On June 14th, 1777, John Adams declared the "flag of the 13 United States shall be 13 stripes, white on a blue field, representing a new constellation."

Cigrand lobbied various politicians and received what were called "encouraging letters" from President Theodore Roosevelt who sent him a large autographed photo of himself and a White House dinner plate. Cigrand was helped in his efforts by the Colonial Dames and the Sons of the American Revolution.

In 1946, the state of Wisconsin paid tribute to Cigrand with the dedication of a flagpole and plaque in his hometown.