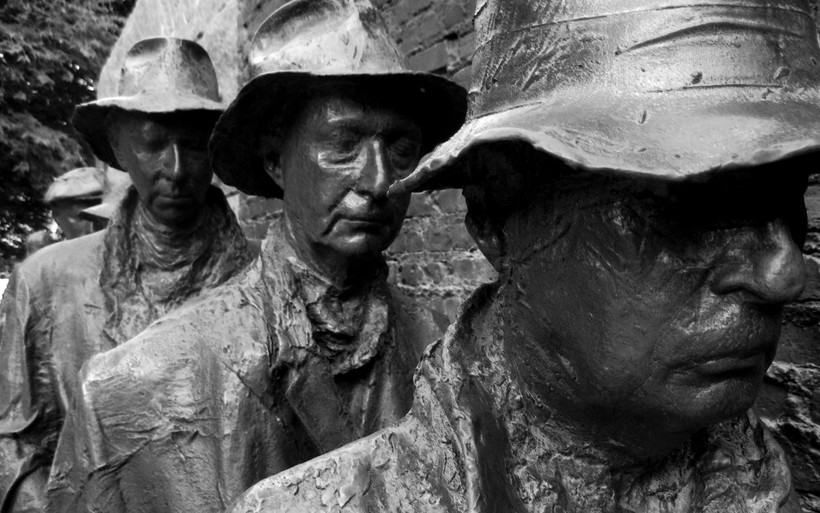 Often, the stories a person remembers are those that are told in a way that makes the ordinary seem special. And large historical events come alive in the telling of one person’s or one family’s experiences.

There are few storytellers who do that better than Wisconsin’s own Jerry Apps. He’s written many books -- from novels that draw a reader into small-town life to memoirs of his own rich and interesting experiences.

In his most recent book, “Letters from Hillside Farm,” Apps shares the story of one family during the Great Depression, and how they came to Wisconsin for a better life. It’s both a nation’s story and the story of one young boy and how he grows up in a farm life that is completely new to him.

Difficult times, like the Great Depression, can sometimes bring out the best in people despite the challenges they’re facing. In the novel, Apps draws on an experience that his family had to illustrate that point. Living less than a mile from the Chicago-Northwestern railroad tracks, they would encounter out of work men who were riding the rails with the hope of finding employment. Or sometimes, just for something to eat.

Apps emphasized that just because these people had fallen on hard times didn’t mean that they weren’t good people.

“That’s where people got tangled up often," he said. "They thought that those who were riding the rails were people who were aside the law, or something like that. It was not the case. This man that I talk about in this book and that I remember from my own experience was looking for a sandwich, something to eat. He was hungry! And he was willing to chop wood, he was willing to do anything, just so he could get something to eat. That’s a terrible commentary on what our society was like in the middle of the Depression, but it was so true. And it was happening all across the country."

In the book, young George’s mother not only feeds the man, and gives him plenty of farm-fresh milk to drink, but she and the rest of the family treat him with kindness and dignity. After sending him off with some more food to help him on his way, George’s father shares, “That was a good man who sat at our table. I wonder what will happen to him?”

A caller who identified himself as Joe in Prairie du Chien shared a similar story. For a fourth-grade writing assignment, Joe had to interview his father about his life. Not surprisingly, many interesting things came out, but one that really stuck with Joe was that during the Depression, Joe’s grandfather would often come home without his winter coat. And that was because he would give it to a man who was down on his luck and needed it more than he did. “It was a great lesson in compassion for me,” Joe shares.