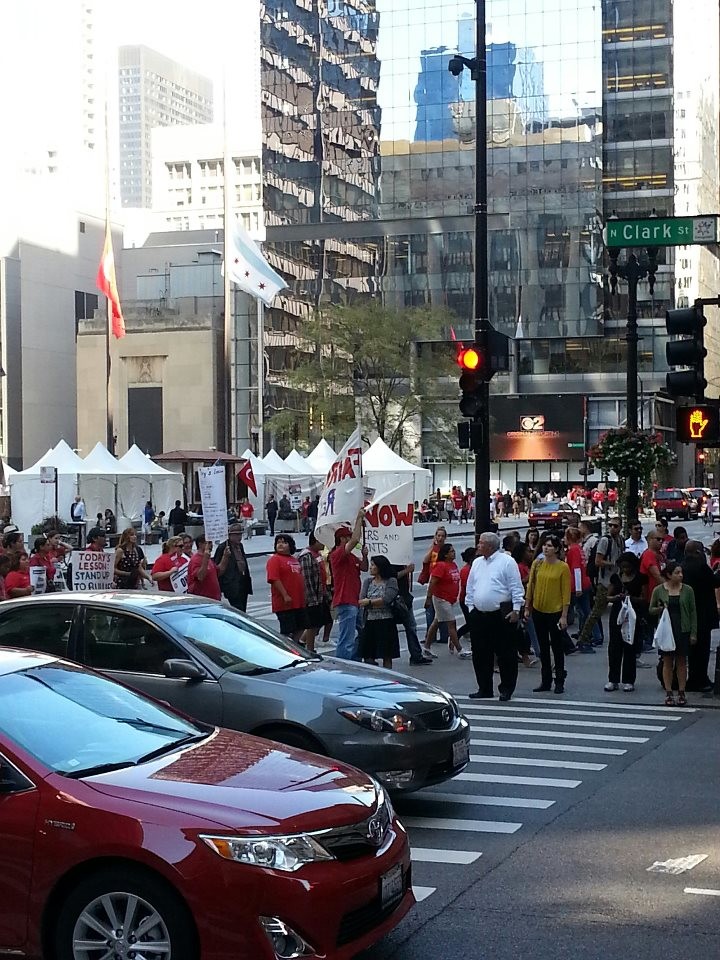 He says a few hundred teachers will also head to Chicago Saturday for what is being called a "Wisconsin-style" rally. "We're going in solidarity with the teachers of Chicago, because we felt and we feel that they have stood up against a corporate reform agenda which de-funds public education and privileges semi-private charter schools and voucher schools. You know, we know that they are saying to the country that cities must invest in their public education system."

Chicago is in its fifth day of a teacher's strike and reportedly a deal may be close. Peterson says if they reach an agreement Friday, then the teachers will still be headed to Chicago to celebrate what he says will be a "victory rally."

Last year, thousands of teachers and union workers rallied around the state to protest Governor Scott Walker's legislation that effectively ended collective bargaining for most public employees. During the height of the protests, some Wisconsin schools were shut down for days.