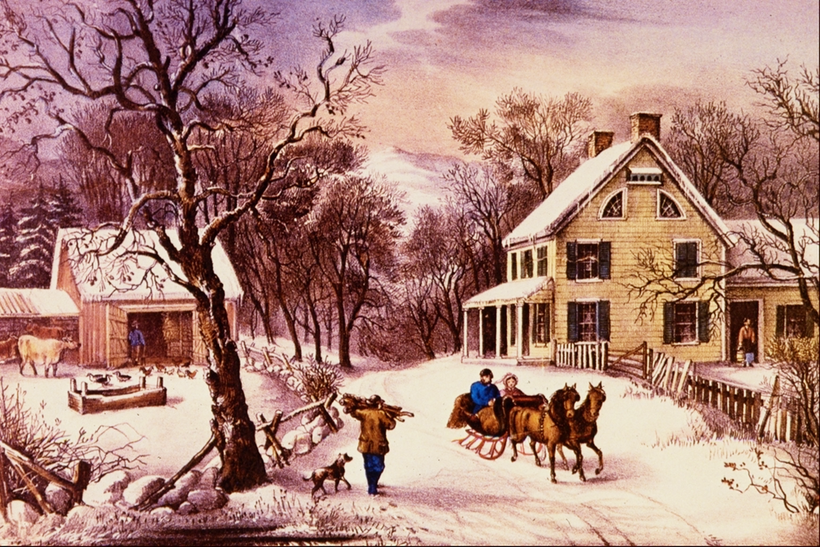 A Wintry Mix Of Classical Music To Warm You Up

Wisconsinites are no strangers to winter.

It can be fun to enjoy the outdoors when the snow falls, but Wisconsin winter also brings frigid temperatures, brutal winds and long nights. A perfect way to combat the chill and darkness is to cozy up by a fire with hot beverages and classical music.

Here are a few great classical pieces that will warm you from the inside out and are perfect for a cuddly winter night.

1. Tchaikovsky’s "Winter Daydreams" is described perfectly by its title. You can’t help but picture a Currier and Ives winter scene while listening to this classic piece.

2. Chopin’s "Winter Wind" is a bit more dramatic than the first piece. The fast pace of the piano depicts a wintry storm full of the wind, snow and ice that is all too familiar to Wisconsinites.

3. Georgy Sviridov’s "The Snow Storm" is composed of nine parts in order to be a musical illustration to the Russian story "The Snowstorm" by the author Alexander Pushkin.

4. Written as part of the soundtrack to the Soviet film "Lieutenant Kije," Prokofiev’s "Troika" is a perfect song for a snowy day. A troika is a traditional Russian three-horse drawn sleigh. The piece illustrates a jolly winter journey, complete with the sound of sleigh bells.

5. "The Snow Maiden Suite" was composed by Rimsky-Korsakov for the Russian opera "The Snow Maiden." The story is based on a character in Russian folklore who is usually depicted as a young girl made of snow. In the opera, she longs to live with a human companion instead of with her mythical parents, however she is unable to love. After her mother, Spring-Beauty, grants her the ability to love a human, her heart warms and melts her body away.

6. "Snow is Dancing" is the fourth movement from Debussy’s suite "Children’s Corner." The solo piano piece imitates a gentle snowfall with soft, swirling snowflakes. A short and enjoyable piece to listen to while reminiscing about fond winter moments.

7. Tchaikovsky’s "The Nutcracker" is popular during the holiday season, but some of the music is relevant all through winter. "Waltz of the Snowflakes" is the perfect soundtrack for a snowy day.

8. "The Seasons" by Alexander Glazunov is an often overlooked ballet. But it contains a beautiful piece for winter. In the ballet, Winter and his friends Frost, Ice and Snow play and dance until a couple of gnomes appear and the wintry elements all disappear.

9. It is worth listening to this entire symphony during a blizzard. Ralph Vaughan Williams wrote "Sinfonia Antartica" for the 1948 film "Scott of the Antarctic," a film full of snow and treacherous storms.

10. Our final piece was composed by Eric Wolfgang Korngold at the age of 11 for his ballet, "The Snowman." This tender piece is the "Serenade" from the ballet and is perfect for a quiet winter day.