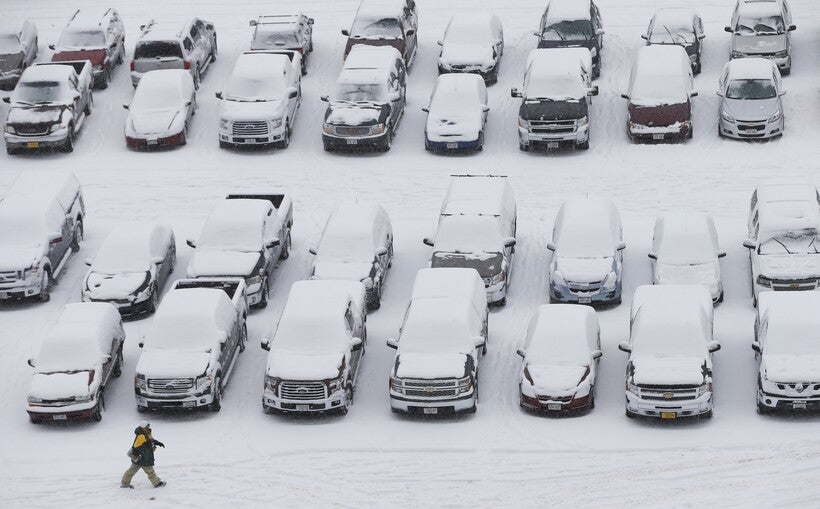 Winter's Not Over Yet: Weekend Snowstorm Heading To Wisconsin

Northwest Wisconsin Could See 7 To 10 Inches Of Snow By Sunday Afternoon
By Brady Carlson
Share:

Winter storm warnings and watches are again taking effect in parts of Wisconsin, ahead of a weekend winter storm that could bring heavy snow and mixed precipitation.

Forecasters said the storm system will move east from Minnesota during the day Saturday.

They expect it to move into Wisconsin in the afternoon or evening Saturday, with the heaviest snow falling Saturday night into early Sunday morning.

The heaviest snow is expected to fall in northwest Wisconsin, with 7 to 10 inches possible.

This snow will be wetter and heavier than most of what the state has seen this winter, said Steve Gohde of the National Weather Service in Duluth.

"We talk to a lot of snow plow drivers, and it's tough on their equipment. For folks using shovels, it's hard on the human body," Gohde said. "I guess we've termed it 'heart attack snow' for a reason, because you really have to take care."

A tweet from the National Weather Service in La Crosse said each shovelful of late-season snow can weigh as much as 16 to 20 pounds.

"That means for every 10 minutes of typical shoveling," the tweet read, "you’ll be clearing more than a ton of snow."

Bigger picture of expected snowfall for this weekend for those with travel plans. Keep an eye on forecasts in case the storm track changes slightly - amounts could change too. #KnowBeforeYouGo pic.twitter.com/teXxPwsVNy

Southern Wisconsin should see mostly rain, but the mixed precipitation could make travel challenging across the state.

While temperatures are rising above freezing in many areas, the wintry weather may not be finished.

Forecasters said there could be another storm moving through the region by the middle of next week.