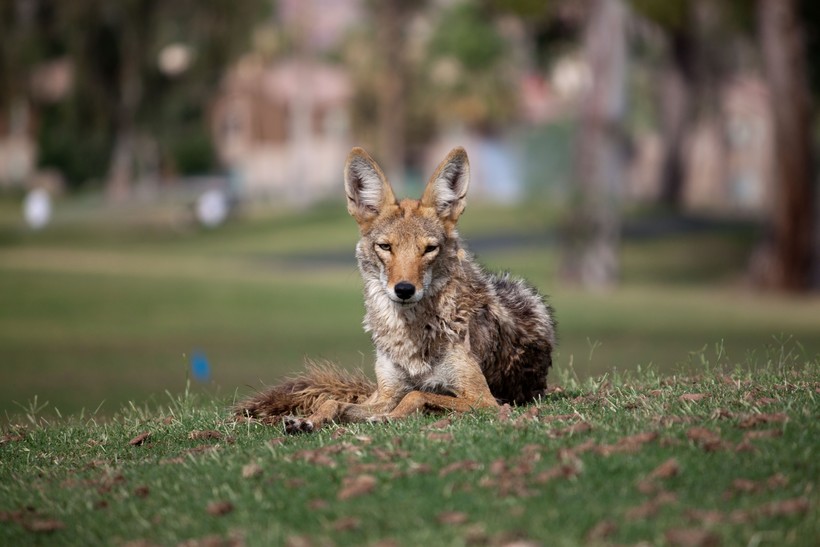 Part Of Research Aims To Prevent Confrontations With People, Their Pets
By Scottie Lee Meyers
Share:

A wildlife research project is underway in Madison to study how coyotes and foxes are settling into the city’s urban environment.

While both animals are now found in nearly every metropolitan city in the country, people seem to be reporting increased sightings -- although studies have not yet completely backed that up.

The Wisconsin State Journal reported that within a month span between September and October, coyotes killed four dogs in at least a half-dozen attacks on Madison’s east side.

Wildlife biologists have amassed plenty of research on coyotes and foxes in their more traditional rural or wild settings, but little is known about their behavior in urban cities.

The UW Urban Canid Project seeks to fill in that knowledge gap. The project’s pilot program launched in early 2014 after reports of a family of red foxes living under a UW-Madison campus building. It expanded last year thanks to grant money and will continue into 2016.

To study the urban canines, animals are live-trapped and radio-collared, allowing the research team to analyze where they’re spending their time. Each animal also receives a health screening to help better understand disease transmission.

Dr. David Drake, associate professor and extension wildlife specialist at UW-Madison, is leading the project with the help of several students. The project’s first phase had researchers examining how coyotes and foxes interact with each other in the urban environment, he said.

In wild settings, coyotes prey on foxes. Drake said coyotes are typically around two-to-three times bigger and kill foxes to eliminate competition for food. But in Madison, Drake’s research is finding that the predator dynamic is much more relaxed. The two have become friendlier neighbors.

"Our hypothesis is that there’s so many resources here, primarily for food, that the animals can share the resource. They don’t necessarily have to compete," Drake said.

Additionally, Drake said the animals are maintaining a strikingly similar native diet. In other words, while the dining location has changed, the menu mostly hasn't.

Another component of the research, said Drake, is trying to be proactive in limiting confrontations between coyotes and humans or dogs.

"We're trying to understand how these animals move through the urban landscape ... so that we can head off these conflicts before they really get started," he said.

Drake warned that people don’t need to be nervous about coyote attacks, but should be vigilant. He suggested that owners of small dogs should be watchful when letting their pets alone outside, especially at night in areas of reported coyote sightings.

"(Coyotes) just don't differentiate between Fido and a rabbit necessarily," he said. "They see it as something to eat or another dog is in their territory, and they want to get that dog out of the territory."

Wildlife biologists continue to contemplate what it means for the animals to be moving into the urban environment and whether the setting can sustain their needs. Whether you love coyotes and red foxes or become a little scared, Drake said the sightings excite people and it’s "kind of neat to have that connection to nature."

"I would personally much rather have these animals here in the city with us than not have them. I think it adds to our quality of life," he said.

Citizen involvement is crucial to the research. Drake encourage Madisonians to report coyote and fox sightings to the project’s website.

Residents can also join the researchers during their daily check of the traps.  But beware, said Drake, you may be put to work.