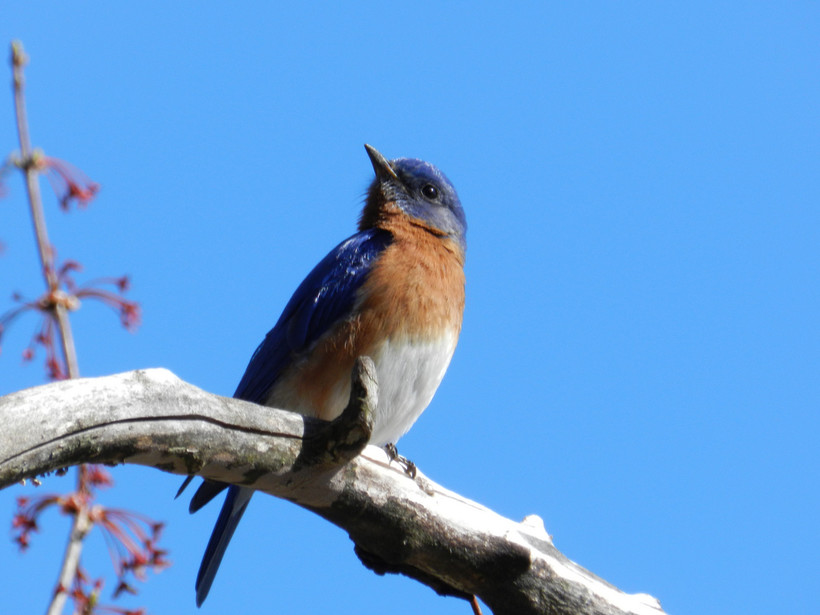 It's spring in Wisconsin, which means a wealth of opportunities for birdwatchers in the state. Making their return to Wisconsin are sandhill cranes, red-wing blackbirds, meadowlarks — and soon, one of the most prized migratory bird classes, warblers.

So what does a novice need to do in order to get in on the birdwatching fun?

Andy Paulios, a wildlife biologist for the state Department of Natural Resources, said to get started, the novice birdwatcher needs decent optics. That means binoculars for bringing the bird up close for enjoyment and identification.

These days, said Paulios, people can get a strap to wear binoculars around their chest, instead of going with the traditional method of having them dangle off one's neck. The chest strap isn't the most stylish, but, according to Paulios, it can prevent a “bad case of warbler neck.”

Actually focusing on the bird in question can be problematic for beginner birdwatchers. Paulios advises keeping one's eyes focused on the bird, and raising the binoculars to the eyes.

Besides binoculars, newbie birders will want a good field guide. Old hands might have 15 different books stashed away, said Paulios, but picking one is a good place to start.

The next question is, where do you go?

“You can always watch birds anywhere,” said Paulios. He said that the backyard, the city park or the good old bird feeder are places to start. But Wisconsin is full of birding hot-spots.

Paulios said he favors Crex Meadows near Grantsburg, and said other highlights include Wyalusing State Park, Devil's Lake State Park and spots along the Wisconsin River. Paulios also recommends the guide “Wisconsin's Favorite Bird Haunts” as a good reference point for getting started.

Paulios said to look out for bluebirds and warblers, calling the latter “little feathered jewels that land in the woods just next to you.”

His final piece of advice: “Get out there. Enjoy the natural world.”