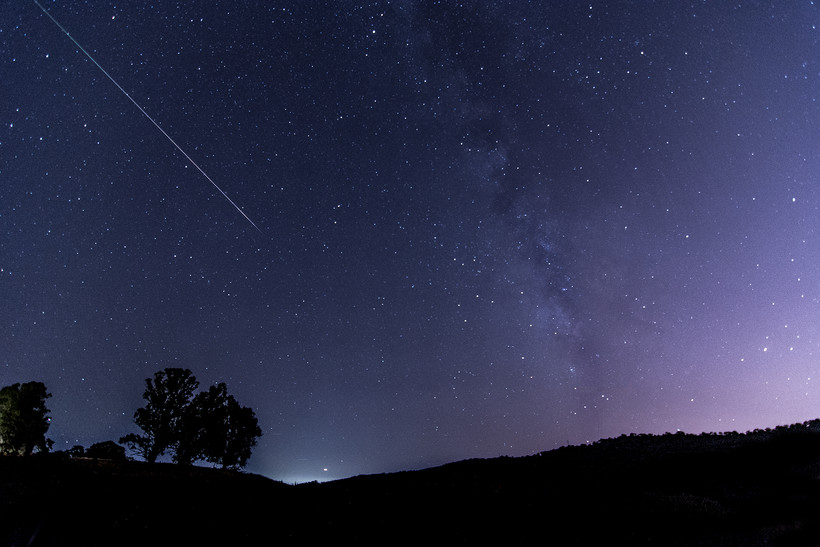 Why This Year’s Perseid Meteor Shower Should Be Spectacular

Planetarium Director, Author Explain Why Shower Is Expected To Be Twice As Good This Year
By Amanda Magnus, L. Malik Anderson
Share:

Stargazers are gearing up for a better-than-usual light show from the Perseid meteor shower happening between Tuesday and Saturday.

The annual meteor shower has an average of 60 to 100 meteors falling per hour and is expected to peak Thursday evening and Friday morning.

"There will be a pretty big moon in the sky early in the evening, but it will set a little after midnight and once it’s gone, you’ll be able to see the dimmer meteors much, much better," said Paul Kinzer, author of "Stargazing Basics: Getting Started in Recreational Astronomy."

The Perseid meteor shower is named after the constellation Perseus — where the meteors come from — and is the most popular, brightest shower, Kinzer said.

"Some predictions say it will be very active, with up to 200 meteors visible per hour—that’s a few per minute," he said.

Meteor showers are caused by the trail of debris left by comets.

"These comets leave a bunch of debris, other comets, and then we simply orbit through this debris field, and it’s these little dust grains from the comet falling through our atmosphere—very fast, mind you—that creates the shooting star," said Bob Bonadurer, Daniel M. Soref Planetarium director at the Milwaukee Public Museum.

This year, Jupiter is affecting the debris and making the Perseid shower more spectacular than years prior. The gas giant’s mass will help create more shooting stars.

"It’s big gravity is pulling these dust grains from the comet more into our orbital path, the Earth’s path, so Jupiter is affecting this debris and that’s going to make a better meteor shower, hopefully,"  Bonadurer said.

The Perseid meteor shower happens annually between July 17 and August 24.

The best time to view most meteor showers, including the Perseid, is when the sky is darkest, so after midnight but before dawn, Bonadurer said. The morning sky is better because Earth is facing the way it’s orbiting the sun, he added.

"Even the bright ones you see are just a small pebble hitting our atmosphere at a couple hundred thousand miles per hour," Kinzer said.